Check out a detailed walkaround video of the upcoming new Suzuki Burgman Street 125 below:

Mechanical specifications will include the same 124.3cc single cylinder, air-cooled engine that powers Suzuki Access 125. While Suzuki Motorcycle India remained tight-lipped about the performance numbers on the Burgman Street 125, the engine is likely to produce the same power output as it does on the Access 125 and thus we expect to see power output figure of 8.7 PS at 7000 rpm and 10.2 Nm of torque at 5000 rpm. 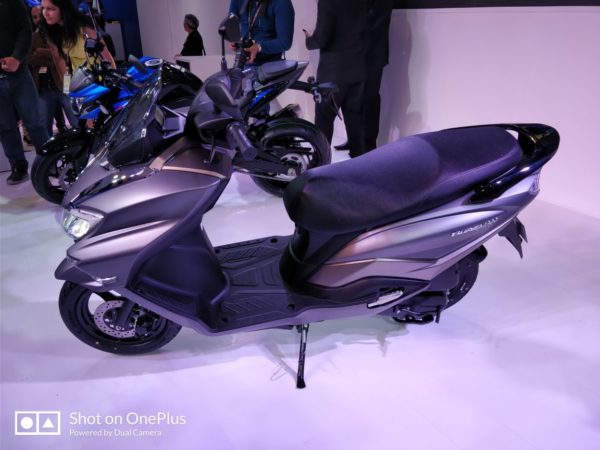 Once launched, the Suzuki Burgman Street 125 will compete against the likes of Honda Activa 125, Grazia 125, TVS NTORQ 125 and the Aprilia SR125 in the Indian market.