Volkswagen made motorsport history at the Pikes Peak International Hill Climb on 24 June. At the wheel of the 500-kW (680-PS), fully-electric I.D. R Pikes Peak, Romain Dumas defeated cars powered by conventional drivetrain technology and, with a time of 7:57.148 minutes. The fully-electric I.D. R Pikes Peak not only smashed the previous record for electric cars, but also bettered the all-time record set in 2013 by Sébastien Loeb – by 16 seconds!

Check out the God’s (or sky) view of the record run through the video below:

The unique demands on the drivetrain technology, batteries and aerodynamics make the I.D. R Pikes Peak an extremely ambitious project. Including its battery cells, the I.D. R Pikes Peak weighs less than 1,100 kilograms. When evaluating performance, Volkswagen employed simulation software to calculate exactly how to achieve the optimum in energy demand and performance for the record attempt on Pikes Peak. 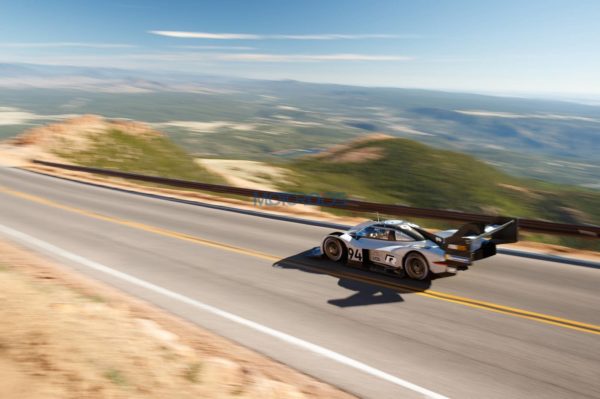 The I.D. family will be the range of fully electric production vehicles that Volkswagen plans to launch from 2020 onwards.