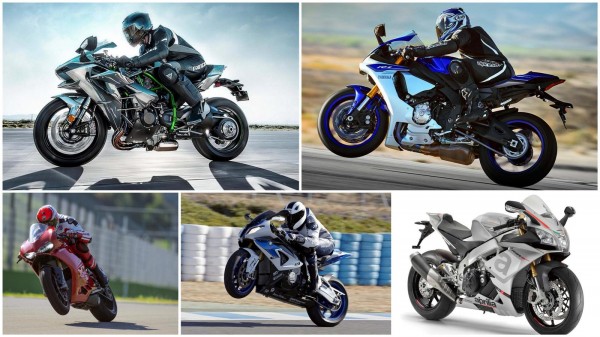 What a spectacle EICMA 2014 has turned out to be. This year could well be regarded as the battle of horsepower and the quest for 200 horses seems to be the newfound benchmark for superbike supremacy. The 2015 Yamaha YZF-R1, Ducati 1299 Panigale, Kawasaki Ninja H2, Aprilia RSV4RR and the BMW S1000RR- the cumulative horsepower of these bikes might probably send the earth spinning into the other direction. Each of these motorcycles has an inimitable offering to lure a rider into owning one. But scores need to be settled and though there is time for these biggies to battle out to glory on the track- a little bit of number crunching isn’t going to hurt sentiments.

So here it is- we stack these 5 scorching motorcycles against each other on the specifications chart and its upto you to decide or should we say do you own assessment based on these numbers as to who will be crowned the new king of the superbiking world. 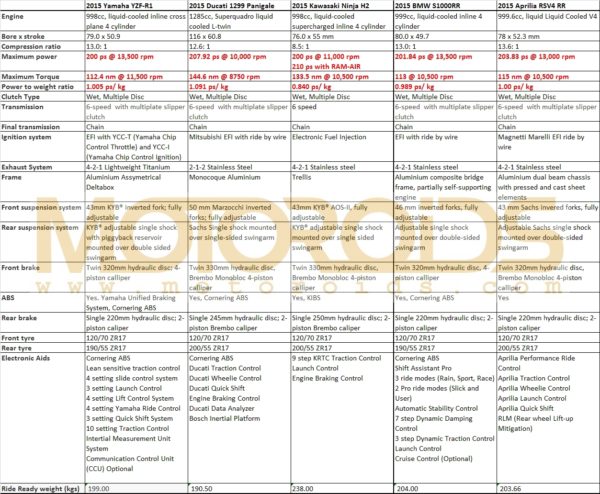