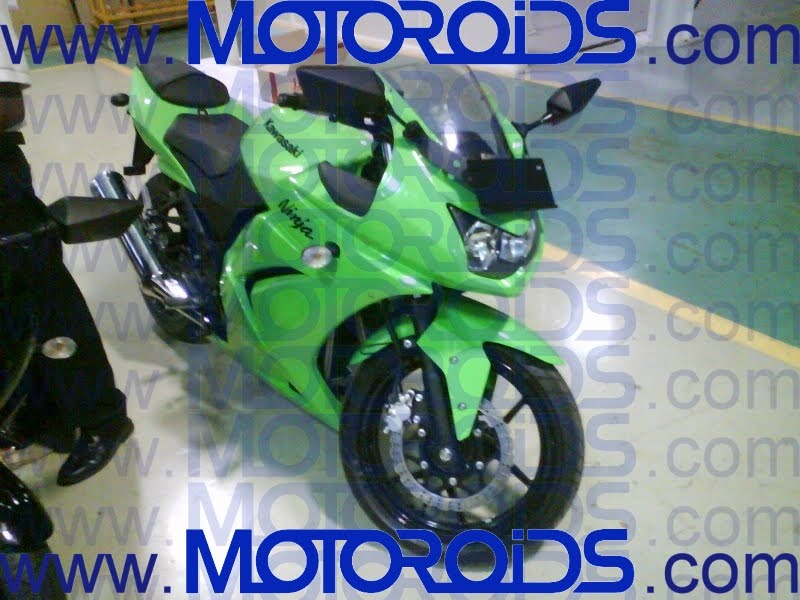 Tired of waiting for the Ninja? Done reading the speculations about the naked/street/modified versions of the Kawasaki pocket rocket? Well, here’s the real deal! Motoroids have the latest pictures of the production ready, India-spec Ninja 250.

Seen here for the first time in India, are the pics of Bajaj’s production ready version of the Kawasaki quarter litre motorcycle! And as you can see, the Indian authorities have once again managed to degrade the beauty of this Japanese machine by forcing the loud front number plate in the most ungainly position ever. Yet to come is the all-so-important saree guard which will deteriotate its sporty stance further.

The headlights of the new bike won’t probably be as functional as the superb projection-beam headlamp of the Pulsar 220, but do the job of endowing the front with oodles of style rather well. The blinker lamps as well as some other body panels will be locally manufactured, making sure you don’t have to pay through your nose if ever you drop this Kwacker. We love the angular, chiselled styling of the RVMs and the big wave rotors up front add a lot of oomph to the visuals apart from promising great stopping power for the Ninja. From whatever little we can decipher from these low-res images, the fit and finish of the bike seems to be top notch. Bajaj have done the right thing by not tinkering with the styling of this machine, and it’ll be one of the sportiest and the most well-proportioned machines on Indian streets when it makes its debut.

Motoroids have many more pictures and much more dope on the Ninja 250. Stay tuned for more more insights on probably the most awaited bike in India. We’ll be back as soon as we are done analysing the pictures and have found out where those high-performance components are coming from. 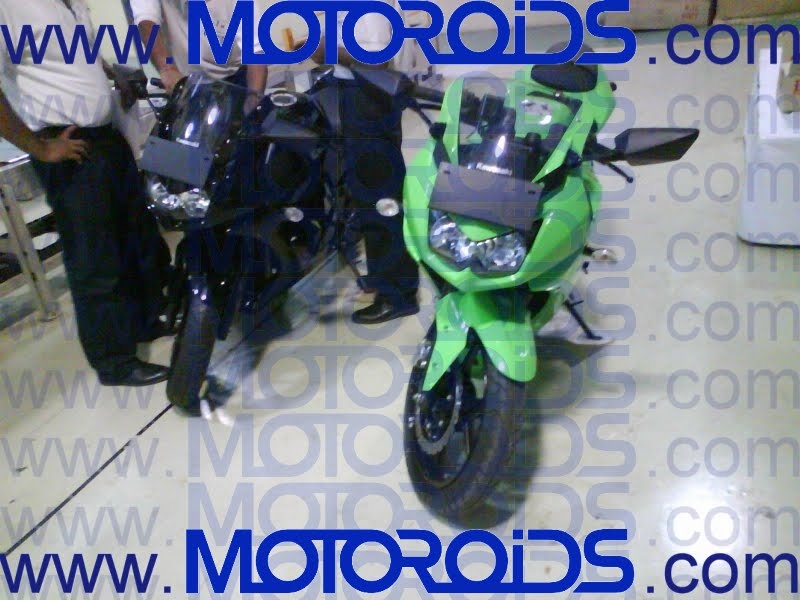