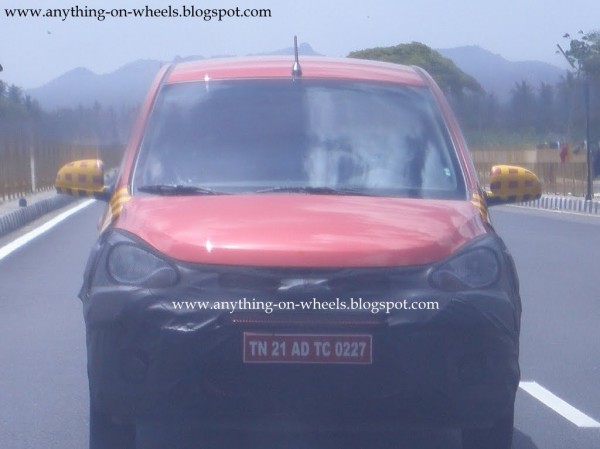 The news of the Hyundai i10 facelift being readied for a Diwali launch is floating around in the blogosphere for quite some time now. With the onslaught of many new small cars in the market, the i10 is coming under a bit of pressure. The car that holds the distinction of having swept all the major awards during the year it was launched is in need of a makeover to boost sales.
Seems like Hyundai is at it – these pictures of a Hyundai i10 facelift have been taken by our friends at Anything On Wheels. The pictures suggest that the facelifted version of the car will feature cosmetic changes around the front bumper area, the rear bumper area and around the tail-lamps. The ORVMs also get blinkers, which we really think is a neat touch for a car in this class.

Not much can be made out by looking at the images of this car, as the areas which have undergone change have been completely covered under cladding. However, we expect the emergence of some neat touches on the car which make it visually more appealing. Our spies in Chennai are on the prowl too, so we’ll let you know as soon as we get any further updates.
Apart from the cosmetic changes, the new i10 may also get a new engine. Hyundai may soon introduce the 1.0-litre Kappa engine into the car, which is a superior unit compared to the current smaller engine of the two variants. Not only will the new engine be more efficient and powerful, it will also be more eco friendly with lesser emissions.

Image courtesy : Anything on wheels