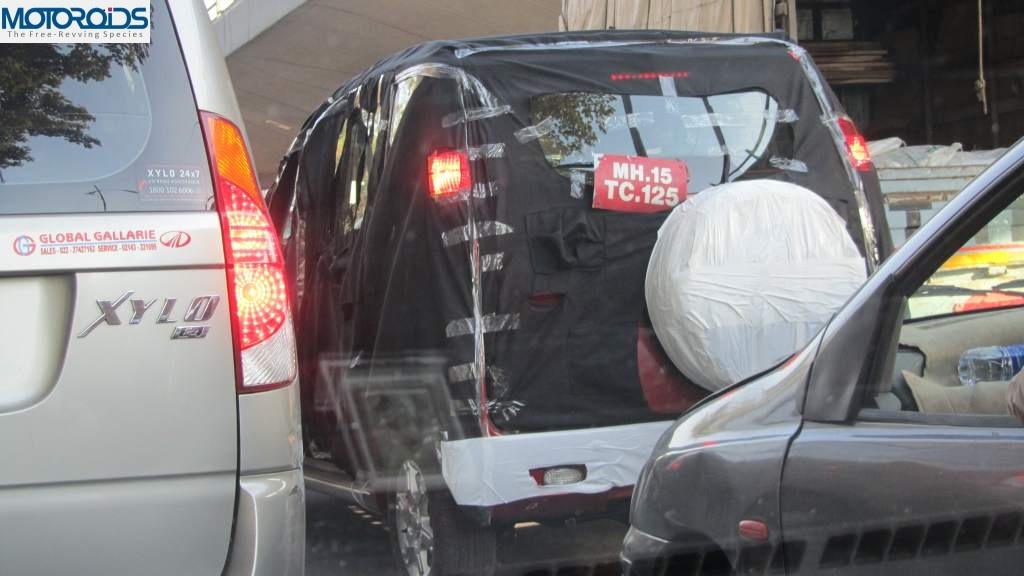 It’s no secret that Mahindra is developing a 5-seater version of the Xylo, less than 4 meters in length to avail the excise duty cut offered by the government. The new min-SUV has been spied several times. These are some more fresh pictures of the mini Xylo, posted by one of the Xylo fans on the Mahindra Xylo Facebook fan page.

Mahindra will have to comply with the sub 1.5-liter diesel engine condition to avail an excise duty cut for the new vehicle. The company doesn’t have such an engine in its portfolio as of now. One option for Mahindra is to employ the 1.5 litre dCi engine of the Logan. But very honestly, there is little chance of that happening, as Renault has snapped all its relations with the Logan, and the sedan in entirely Mahinra’a own baby now. Also, Duster has been recently launched with this engine and it remains to be seen if Renault would allow M&M to use the motot for application in the new Xylo.

So what do Mahindra do in the absence of a capable diesel engine? Well, rumors are rife that the company is working on a 3-cylinder common rail diesel engine to fit into the equation. We cannot be sure about the power and torque options, but 80-90PS should easily be expected from any modern common rail diesel in today’s day and age. Torque should be in excess of 200Nm.

The mini Xylo should retail with a price tag of Rs 5.5-6 lakh rupess and should hit our market by end of this year.