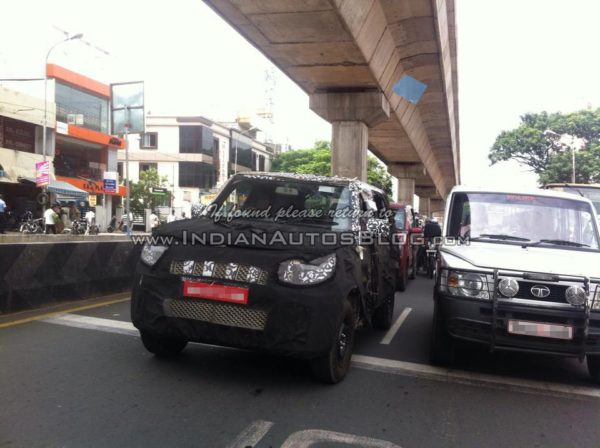 Mahindra’s new Bolero (codenamed internally as U301), has been caught testing on the roads of Chennai. It’s been said that the U301 will be launched next year, along with the upcoming sub 4-metre S101. Mahindra said that their ”new” modular hydroformed body-on-frame chassis will be used for most of it’s upcoming future products and we believe that this car, too, will use a similar setup. Being a modular chassis, the length of the vehicle’s body to be placed on top, can always be changed. This gives the designers a bit more room to play with newer body shells. 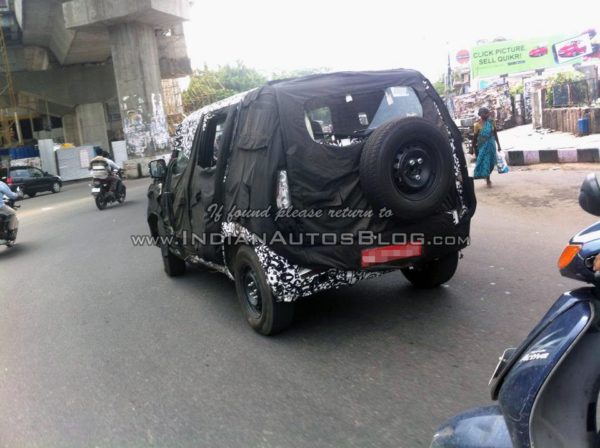 Although the U301 will have similar underpinnings like the Scorpio, the body on top will be entirely different. Where the Scorpio comes out as a flashy “Look at me” design, the U301 will have a much more modest utilitarian appeal to it. The spy photos are proof that this upcoming car will have a boxy UV body with straight lines and no bulging humps and bumps. This might well be your typical no-frills (design-wise, at least) utilitarian runabout.

Tentatively, you could hope to find a 1.5-litre or a 1.6-litre petrol and diesel powerplants under the bonnet. The U301’s competition might include cars like the Tata Sumo and the Chevy Tavera. Expect similar pricing when this car arrives in Mahindra showrooms somewhere late next year.