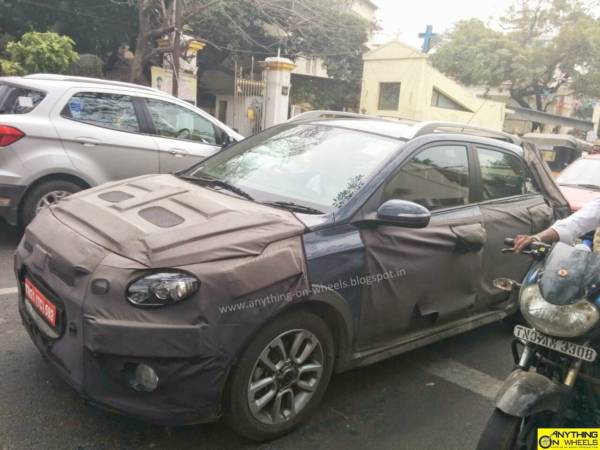 If you are planning to buy a crossover then the list of options is about to increase in 2015 as more manufacturers plan to enter this segment of vehicles in the Indian market. The earliest expected entrants in the crossover segment are the Maruti Suzuki S-Cross and the Hyundai Elite i20 Cross. This news article though is about the latter.

Korean car maker Hyundai is thoroughly testing the crossover version of its hatchback, the i20, on Indian roads before the launch. A camouflaged test mule of the Elite i20 Cross, was yet again spied in Chennai, doing the rounds in city traffic. 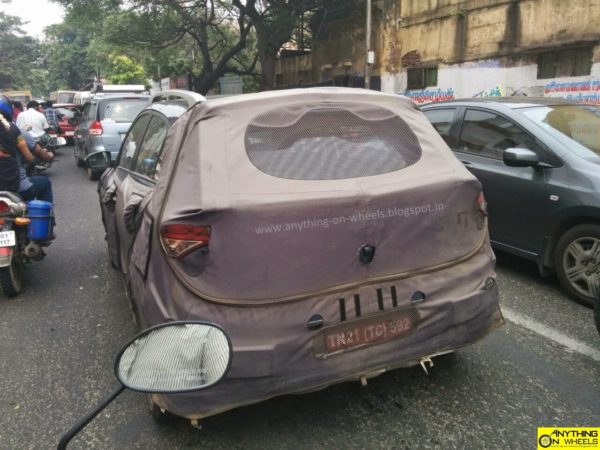 Along with a taller roof line, the Elite i20 Cross will also feature roof rails, body cladding, projector headlamps and Daytime Running Lights. We also expect to see plastic claddings on the i20 crossover that would give it a beefier look. The insides may also receive a few tweaks to give this crossover a different look.

The Elite i20 Cross will hit the Indian shores in 2015 and will be priced tad higher than the hatchback. It will compete against the existing products – Fiat Avventura, Volkswagen Cross Polo and Toyota Etios Cross and the upcoming S-Cross.

Image Source: Anything on Wheels