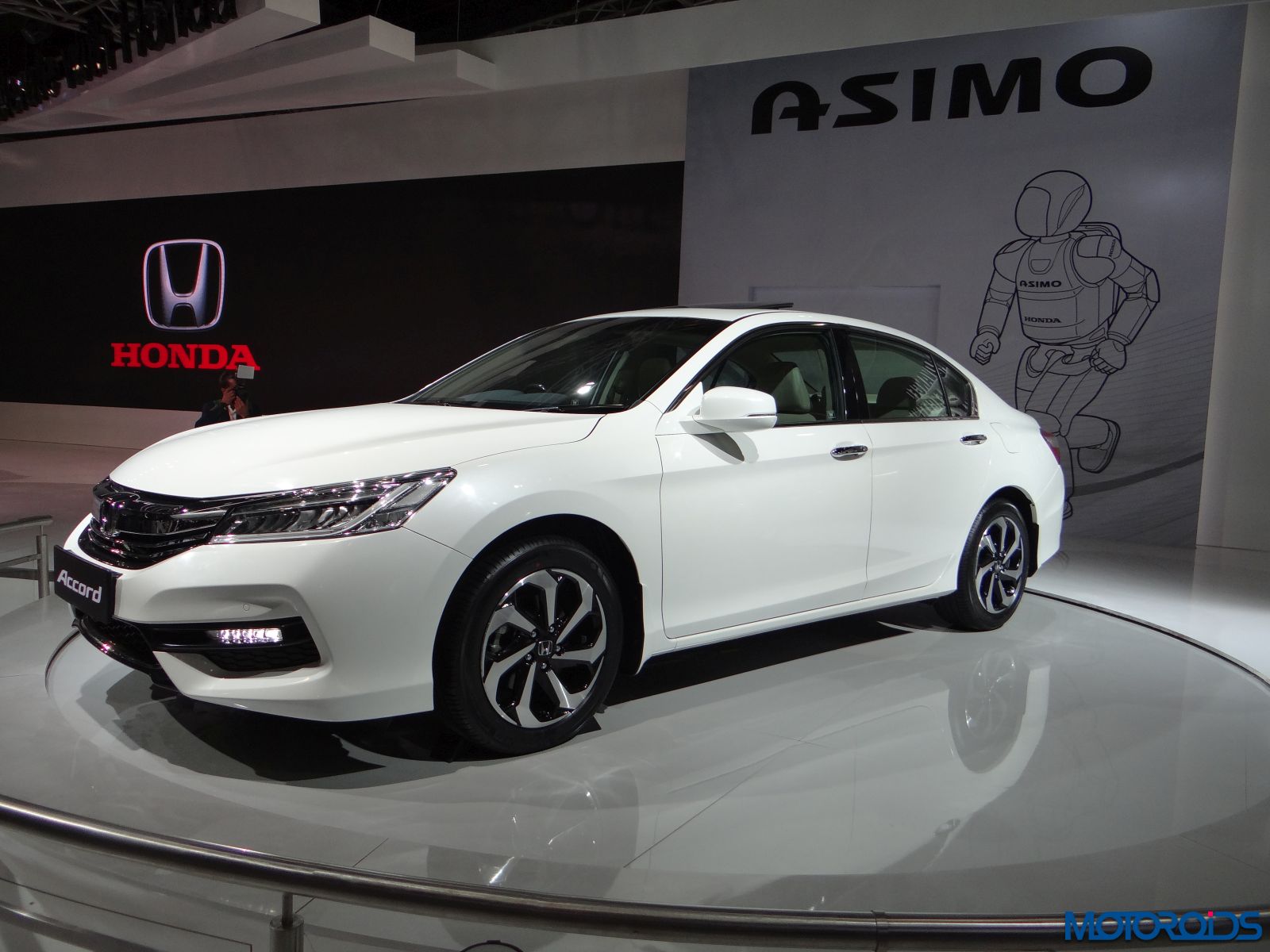 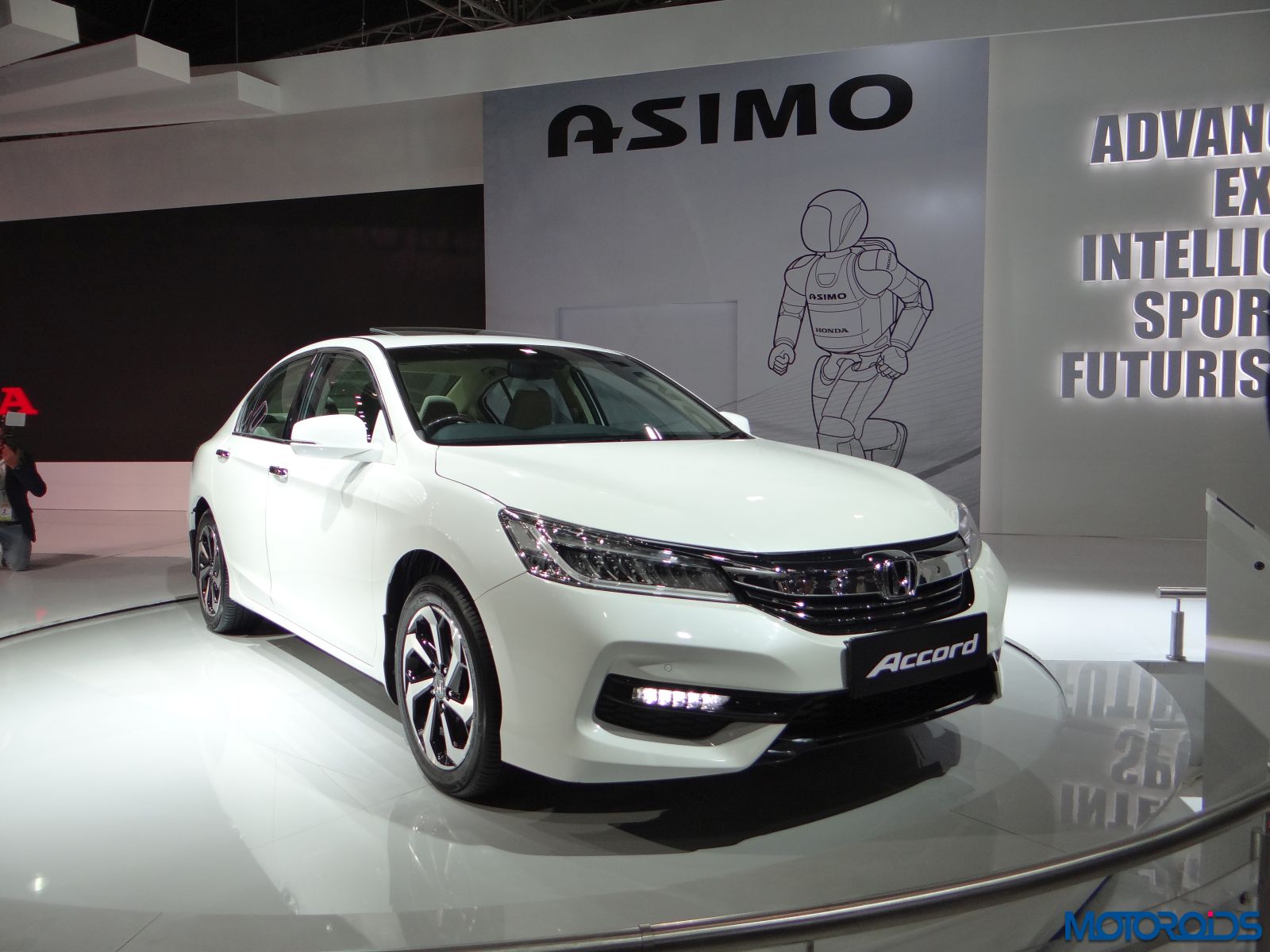 The upcoming Honda Accord made its Indian debut at the 2016 Auto expo held earlier this year. Earlier reports suggested that the model will be launched in the Indian automobile market later this year during the festive season. Now, a unit of the 2016 Accord has been spied testing in the country, which hints at the possibility of the vehicle making it to the market a bit earlier.

The spyshot reveals the upcoming Accord in a shade of white sporting minimum camouflage testing on the streets of Delhi. The Indian arm of the Japanese automobile manufacturer has not revealed details regarding the launch although it is confirmed that the said model would come to India. 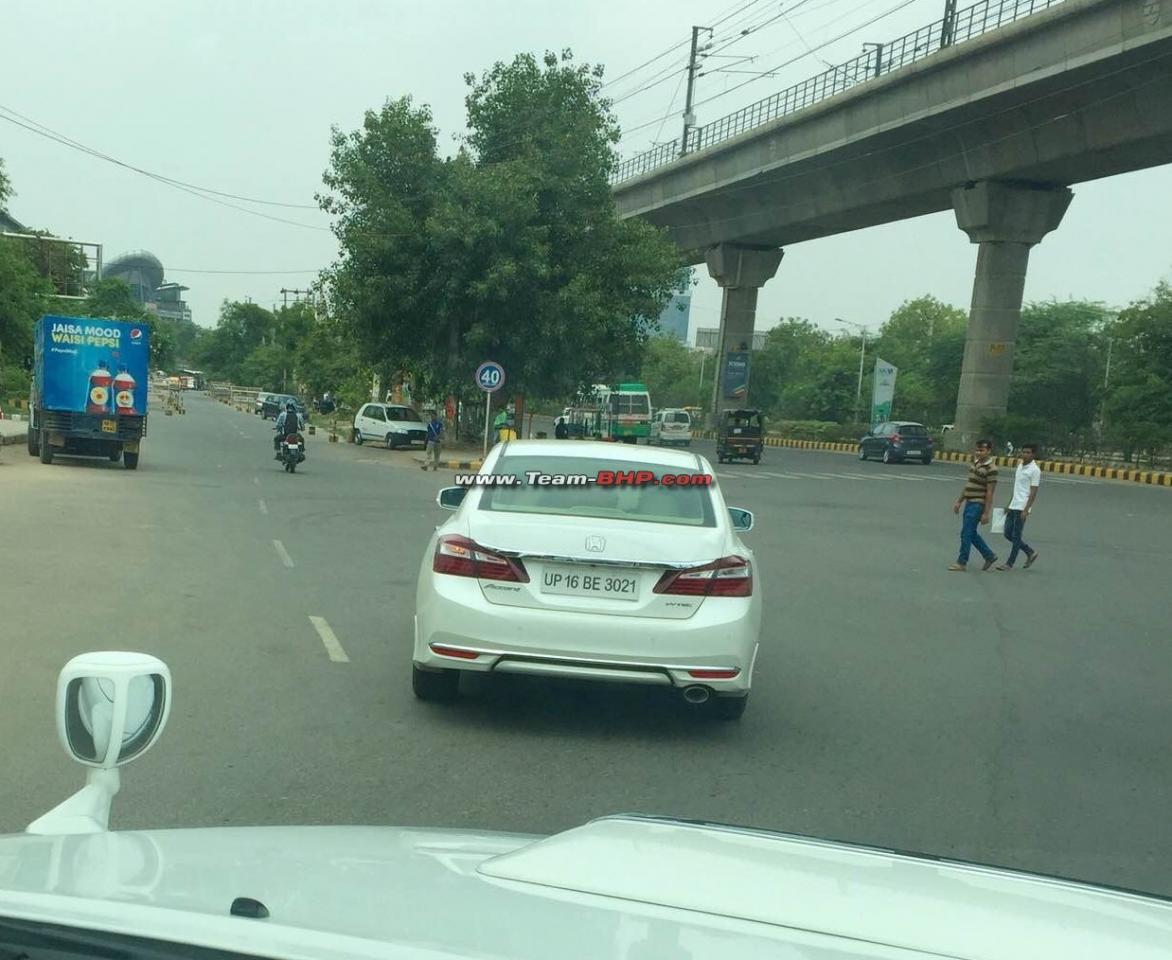 According to Zauba, the test mule of the new Accord is powered by a 2.4 litre petrol engine. The said model was imported to the country late last year for homologation purposes. The said engine is tuned to produce a maximum power output of 174 hp while the peak torque is rated at 225 Nm. Another set of the model imported to the country features a 2.0 litre gasoline engine that produces 155 hp and 190 Nm. Globally, these engines come mated to a six speed manual transmission as standard while a CVT gearbox will be available as an option.

Also read: Honda imports components for the production of the Jazz based crossover prototype

A hybrid variant of the 2016 Accord is also likely to make its debut and will take on the Toyota Camry Hybrid once launched. This hybrid variant will come with a 2.0 litre four cylinder engine along with an electric motor that is said to produce a combined output of 196 hp.

Once launched, the 2016 Honda Accord will rival the Skoda Superb, Toyota Camry and the Volkswagen Passat. Expect the model to arrive with a price tag in the range of Rs. 25-30 lakh.