Get astride the Mojo blindfolded and you’ll be forgiven for assuming that it’s a Diavel on a diet. The rake given by those sexy, gilded Paioli shocks stretches ahead like the never ending hood of an Oldsmobile, while the twin eyed head unit is as large as a T-Rex’s severed head. The fuel tank is bigger than your average water geyser, and the steely mid-section is bigger than a Megalodon’s (a pre-historic, gigantic predator shark) teeth. Even the front massive front brake rotor looks like its straight off Xena’s Chakram.

A big, black, hulking motorcycle with twin headlamps and LED eyebrows is sure to grab eyeballs, which is a bit of a no-brainer.  Somewhere between all the gargantuan bodywork lies the small opening to a cave that houses the engine – a 294.7 cc, liquid cooled, single cylinder engine that delivers 26.82 bhp at 8,000 RPM and 30 Nm of torque at 5,500 RPM. No matter how much time Mahindra spent developing and testing this motorcycle, it’s been worth it mostly because of that motor.

Yes, it’s sweet. It’ not an atom bomb in the performance stakes, but in the Mojo has a nice laid back yet reasonably potent punch that befits its beefy appearance somewhat. I would have loved a bit more pulling potency, but considering the specifications and the 170+ kg weight, the Mojo does roll well. What I absolutely love is the utter refinement of the engine – give it a handful of twist, and the motor sings all the way to a 9,000 rpm redline, with no vibrations creeping in through the pegs or handlebars.

You might want to upshift early and enjoy the meat of the power band though, which lies between 4000-6,000 revs. It’s the polar opposite of the KTM Duke with its creamy power delivery, so do not expect neck snapping thrust, or an on-off, snappy response. Instead, there’s an easy going, torque happy nature that’s really enjoyable for those who like their bikes heavy and torque-laden once gotten used to. Even when it does considerable speeds (you can expect it to nudge 150 kph), the Mojo is rock stable in a straight line, and the vibrations remain pleasantly inconspicuous by their absence. For highway cruising, the Mojo with its size, weight, that solid suspension and those wide, sticky tyres feels unshakeable. 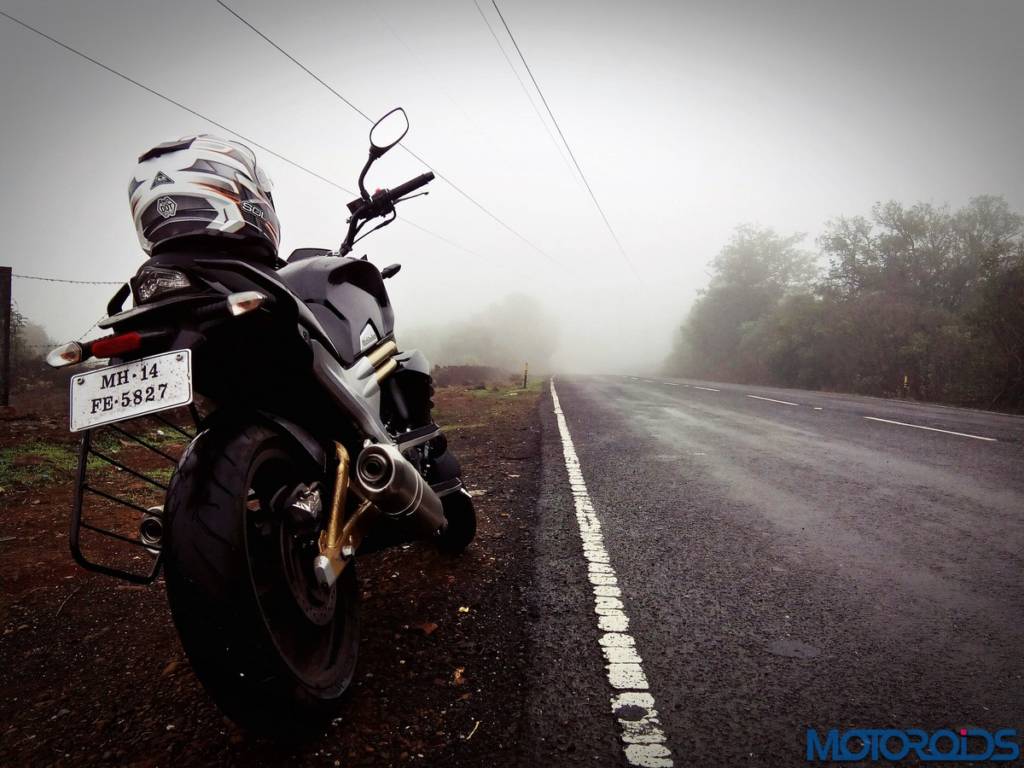 Then there’s the exhaust note from those twin pipes. Some might call them pipes overkill on a single-cylinder engine, but the song they sing is worth it. It’s a guttural warble at low engine speeds that rises to deep growl as spanked harder. The best part is however, the lovely pops and crackles you get to hear when you come off the throttle or up shift aggressively.  The Mojo’s engine does tend to radiate heat towards your calves a bit in traffic though.

It’s a capable tourer, though we would have liked a bit more firmness in the seat for those really long trips. A windscreen (even if it was offered as an option) and a more sorted riding position would have brought the Mojo  closer to justified a ‘perfect tourer’ tag. It’s rather solid built though, and with its heavy build, while it doesn’t change directions like a fly, it is surprisingly maneuverable. Call me weird, but I quite like piloting authoritative, big motorcycles in traffic, rather than a piddling, unstable commuter.

When it comes to tackling tight corners and hairpins, you might want to take it easy. The Mojo isn’t a canyon carver, given its Rolls-Royce like wheelbase and sheer girth. Instead, like the engine, it’s a more easygoing leaner that prefers those long sweeping curves over switchbacks. One of my superbike conditioned colleague unjustifiably smirks at me for my admiration of its languid character, I quite like it. Once you get the rhythm, the long, sweeping corners are quite enjoyable on the Mojo. 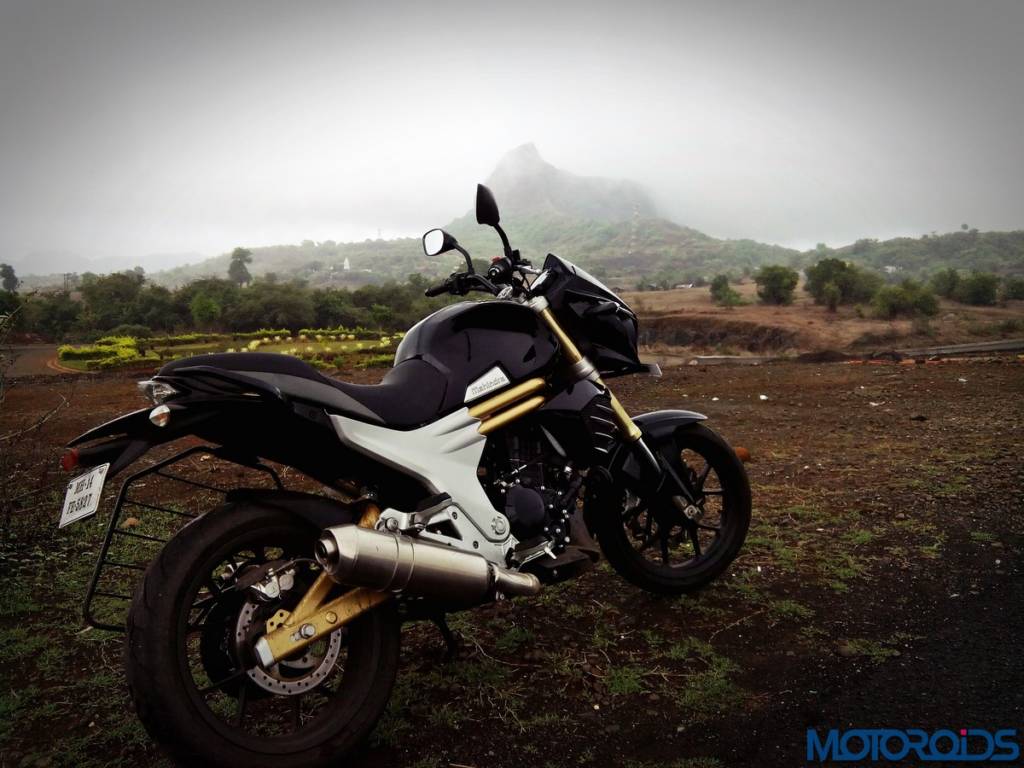 Of course, the super sticky Pirelli tires help its cause, though the vice-like grip offered by the soft compound rubber comes at a price. In a span of three days (including more than a few hundred kilometers between Mumbai and Pune), the rear tyre has witnesses two punctures. While the first one was caused by a giant nail, I suspect the second one could be due to the soft compound material, given the unforgiving Indian road conditions. It might lead to a relatively expensive replacement, as the rear tire costs INR 6,000 a pop. 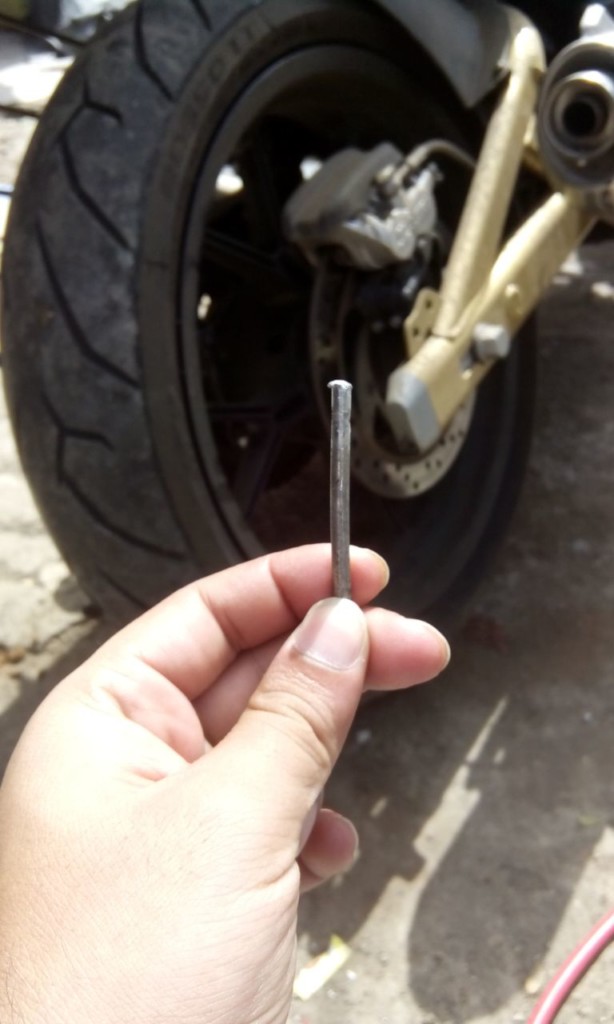 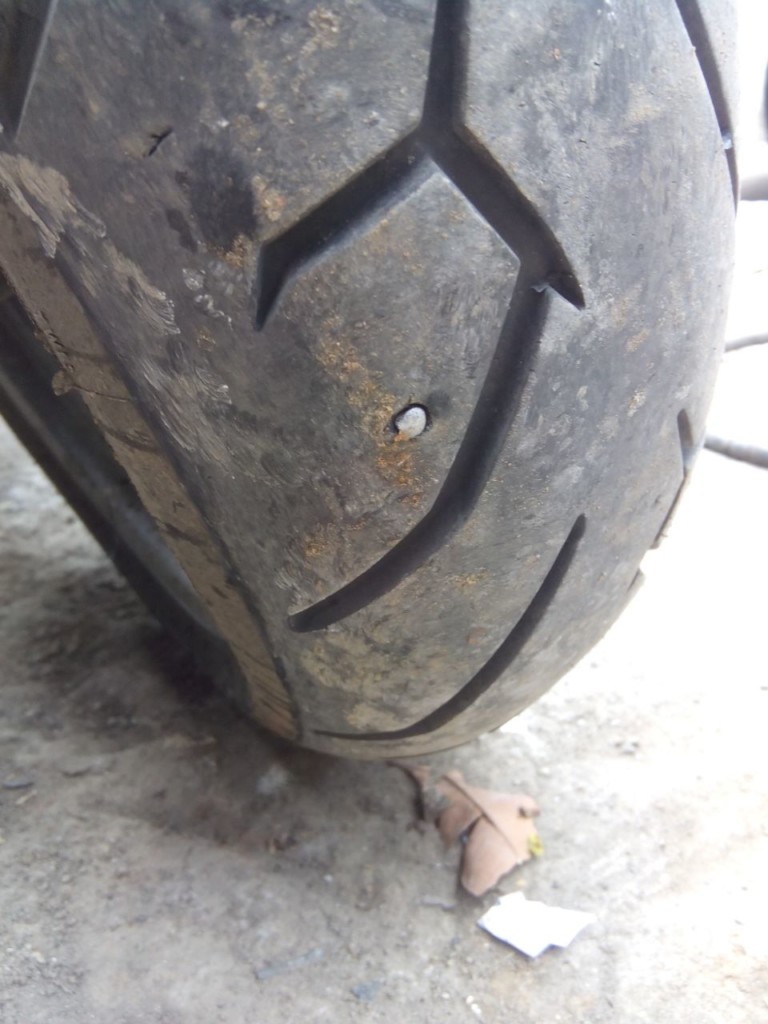 The front disc brakes, although huge, take a bit of a time getting used to. The giant rotor up front doesn’t respond in a progressive, feelsome manner to the lever inputs from the word go. You have to squeeze the lever to unlock the bite, and that took me a about a couple of hours of the bike to get completely accustomed to. Apart from the lack of connect and feel, the  320 mm, J.Juan sourced front setup works just fine to drop the anchors and bring this beast to a halt without any drama, with help from those sticky Pirelli tyres.

The ride quality is brilliant, and the expensive suspension setup takes care of soaking in the bumps like a boss. As for fuel efficiency, I get an acceptable 25-32 km/l, and given the fact that you can hold 100 km/h at a lazy 5,500 rpm, these figures shouldn’t come as a surprise. Anyways, the weather of late hasn’t been the kindest, so I choose to ride the Mojo only at times when I’m planning to venture out of town for a wet therapy on two wheels. Expect the miles to follow soon.