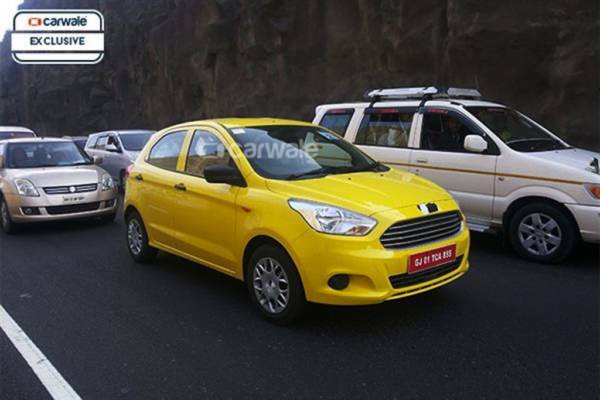 The outgoing Ford Figo is at the end of its tethers, replacing it will be an all-new model which has been caught testing by Carwale. The 2015 Ford Figo hatchback that was spied wore next to no camouflage, instead a bright yellow “look at me” colour scheme. The Figo hatchback wasn’t actually alone, it was being flanked by its compact saloon sibling – the Figo Aspire. The latter is set to be launched in the month of June, while the hatchback is coming in September. 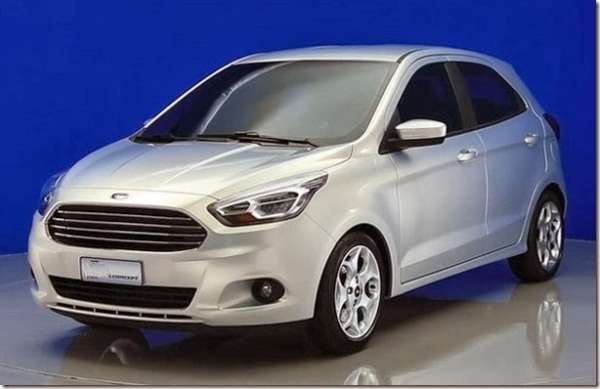 The Ford Figo siblings are manufactured in Gujarat at the Sanand plant. The new Figo Hatchback will come with the Sigma 1.2-litre TiVCT 4-cylinder petrol and 1.5-litre TDCi 4-cylinder diesel engines under the bonnet. While the Duratorq diesel comes straight out of the Fiesta saloon and EcoSport, the petrol unit is ever so slightly modernised. It gets a new 4-valve head and twin camshafts that is also assisted by variable valve timing technology. The Figo Aspire compact saloon (1.5-litre petrol) gets the company’s 6-speed dual-clutch automatic transmission (DCT), the hatchback variants (petrol and diesel) are expected with 5-speed manual gearboxes, only. That said, we have seen some test mules with an automatic gearbox, but it can’t be ascertained whether that was the DCT unit. 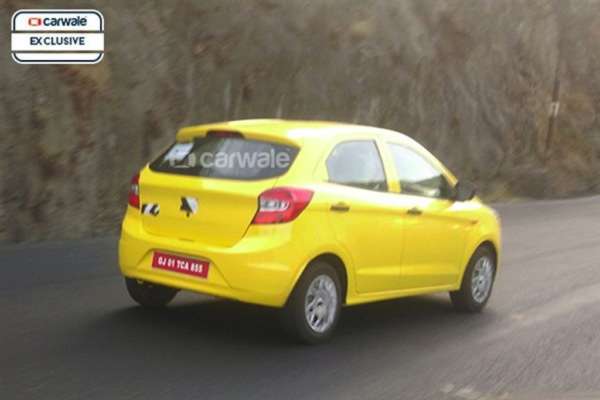 The very car that was spied with the DCT, was the mid-level variant of the hatchback. Its interior revealed a piano black finish on the steering wheel and on parts of the dashboard. There was also an integrated 2-DIN music rig and electrically adjustable wing mirrors. We will update you more on the 2015 Ford Figo hatchback as time goes on, so keep following Motoroids. In the meanwhile… Click here to read more about the Ford Figo hatchback automatic and here for more on the Figo Aspire compact saloon.