Hatchbacks with a good automatic transmission are a rare breed in India currently. Carmakers are working towards providing smooth and efficient auto boxes on hatchbacks in the form of AMT. Now, we already know that Ford India has been busy with the testing of the new Figo models- hatchback and Aspire compact sedan. The Ford Figo hatchback will be made available here with an automatic transmission, proof of which can be found in the below image. 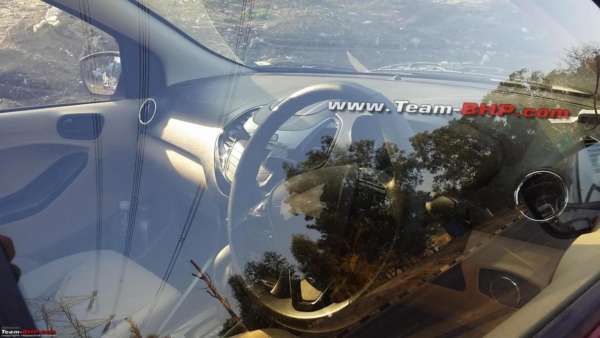 The image shows us a gear lever which is similar to the one found on the Ecosport. It features the usual ‘P’, ‘R’, ‘N’ and ‘D’ modes and also ‘S’ implying a sport mode. It is not clear if this is Dual Clutch Transmission from Ford which also does the duty on the Ecosport. The DCT is currently available only with the 1.5 liter petrol mill. The same transmission might make its way on the Figo Aspire compact sedan too. There is still no information available about which engine will be offered with the automatic transmission. 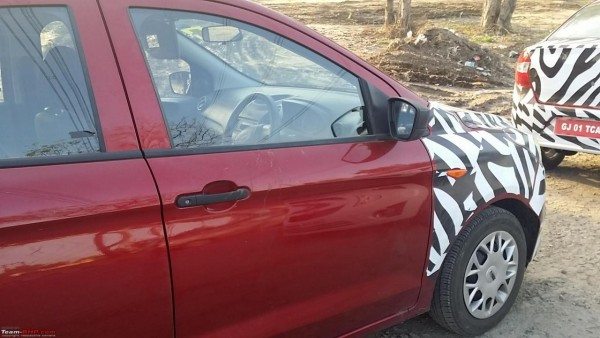 The Figo seen here appears to be the mid-level variant. On close inspection, one can see that the car has been equipped with steering mounted controls, piano black inserts on the steering wheel and dash, integrated audio system, electrically adjustable ORVMs, and chrome rings around the side AC vents and the headlamp control knob. On the outside, to differentiate from the top-variant, Ford has used black colored door handles and ORVMs. It also gets full wheel caps but misses on rear windshield wiper. 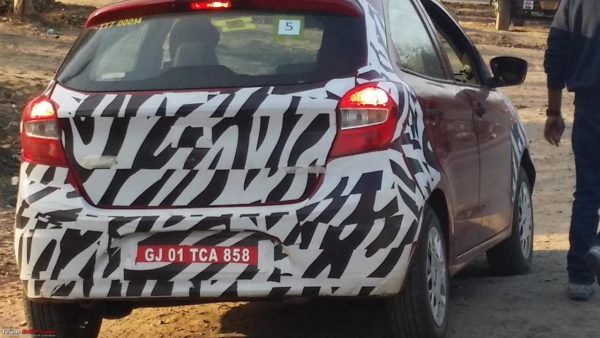 According to reports, Ford India will be launching the Figo hatchback around the mid of this year and production will be commencing from Ford’s new Sanand plant in the last week of this month. Stay tuned to Motoroids for more dope on the new Ford Figo India launch.