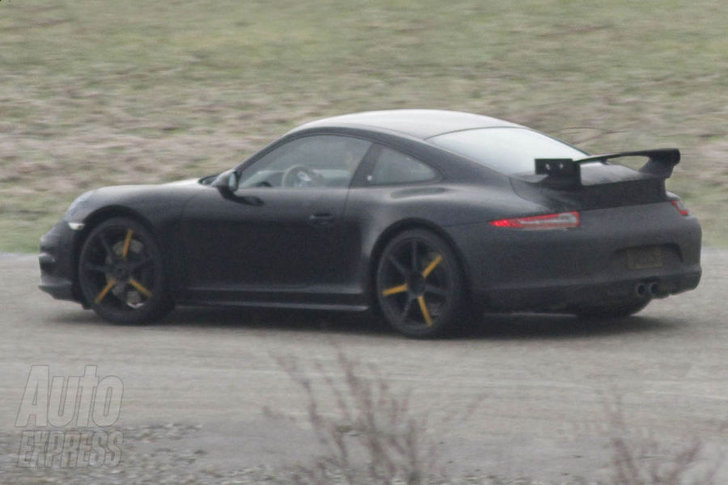 Ever since the new 911 came out, it has been anybody’s guess that a GT3 version must be somewhere in the pipeline. We have been expecting the GT3 to come with a big rear spoiler and a central exhaust in order to differentiate the car from its lesser siblings and a spy shot consolidates our belief. Under the hood will be a very healthy 450 hp 3.8 liters cylinder gasoline motor. It is expected that new lightweight panels and wheels will shave off 40 pounds of weight from the base 911 (if anything of this sort exists!). There are also some rumors that the GT3 will not be getting the popular PDK transmission and will instead be offered with a conventional six-speed gearbox.