Home Mahindra Two wheelers EXCLUSIVE: The new breed of two-wheelers from Mahindra, as envisioned by an Italian designer

Mahindra 2-Wheeler’s first foray into the two-wheeler market hasn’t exactly met with universal acclaim, but it seems like the company is taking the feedback positively and is ready to come up swinging for its second round.

These exclusive images come courtesy of our friend Oberdan Bezzi, one of the most talented freelance motorcycle designers in the business, who shared them with us along with his vision for the route Mahindra will take in the future. You might remember that we have previously carried his work on the Mahindra CR321 Cafe Racer concept and many others here.

As you can see in the sketches and renders, Oberdan is fiendishly talented with his hands, and has a thorough idea of building small-capacity machines that don’t resemble a sack of potatoes, which sadly has been the case with most manufacturers till now. Keep in mind, though, these are just early renders and aesthetics and style has been given precedence over practicality or economies-of-scale, so take these renders as what they are – a hint of things to come. And this is purely what the artist is envisioning in his own right, not something that Mahindra 2-Wheelers will necessarily adopt soon. 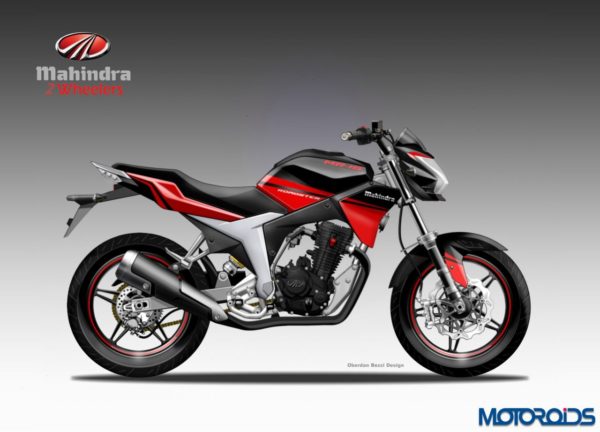 The first of these machines will be powered by a 160cc single-cylinder mill, possibly air-cooled, and aimed at providing consumers “almost” premium styling and features at an affordable price. And we say “machines,” because this motor will power four different variants viz. the MR-16 Roadster, the MSS-16 Supersport, the MCR-16 Cafe Racer and the MCO-16 Crossover. 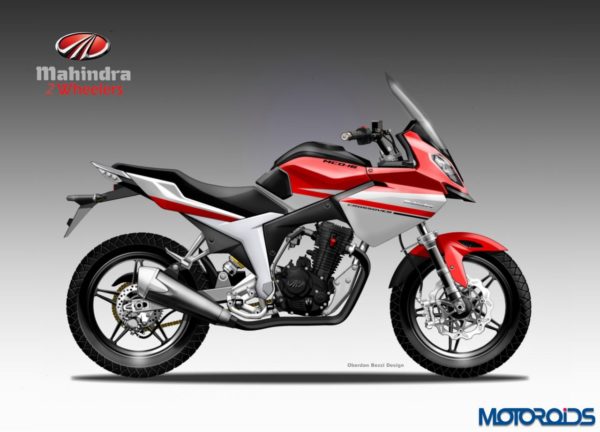 All the variants will have different price points, and will serve different purposes while sharing many of the same components in order to keep the price down. Oberdan has used top-shelf components in his sketches, but we don’t see features like the upside-down forks, petal discs, and the gloriously minimalistic rear-ends making it into production, if they ever do. By all means, they will be toned down considerably before they make it to the production line. 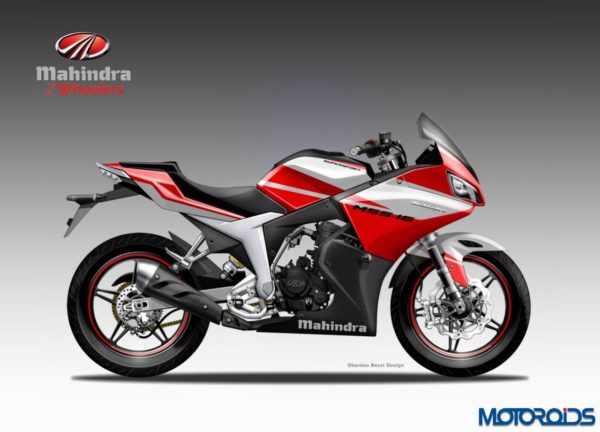 Then there are the scooters. Two very big ones, indeed. The first of these is a maxi-scooter with a decently large 180cc engine, designed along European lines, which isn’t surprising considering where the artist hails from. Even bigger is the SSS-1, a mega-scooter with a whooping 600cc eight-valve, twin-cylinder engine. Interestingly enough, Oberdan has gone with an aluminium trellis-frame for this concept, which isn’t something that you see commonly on scooters, even as concepts. 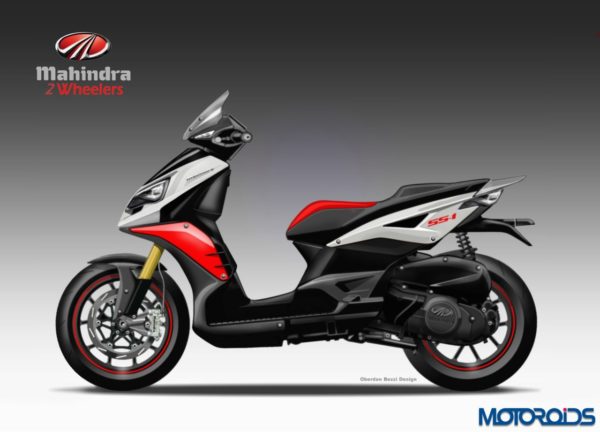 Both Oberdan’s concept scooters will have advanced features and offer “exceptional performance”, although we are frankly mystified as to why he has limited his big engine plans to scooters and not motorcycles, as is the norm in India. 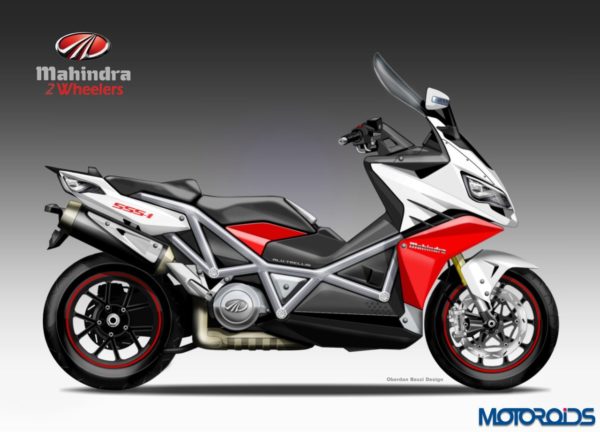 He’s no greenhorse at this game though, having worked as a consultant with Engines Engineering (owned by Mahindra & Mahindra for a short while, and now working with the Hero MotoCorp group), Benelli Motor SpA., Centro Stile Piaggio, Ducati, and Cagiva before. He’s also a member of the prestigious Motorcycle Design Association, which is also part of the reason we are carrying this story.

We don’t know of Oberdan’s current working relationship with Mahindra 2-Wheelers, but if it does go as smoothly as Oberdan hopes, the Indian motorcycling community might very well see a shake-up soon. Check out the full gallery below.