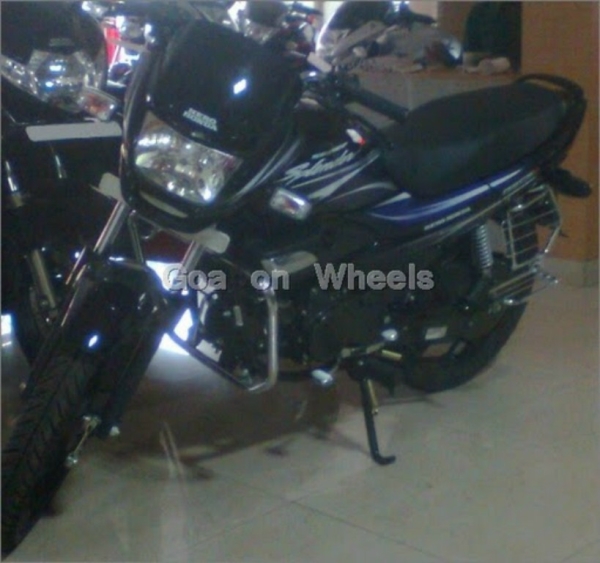 These are spy pictures of the latest entrant in the hallowed list of ‘facelifted’ Hero Honda products. We don’t feel like writing about it much, but since it’s one of the top selling products in the Indian two-wheeler market, we guess we have to.
The bike that you see here is the new Hero Honda Super Splendor, which, by the look of it is ready to hit the showrooms and may be launched any time now. As we stated earlier, there isn’t much to be talked about the new bike, except the fact that the engine will be tuned a bit to meet BS3 emission norms and to deliver a little better fuel efficiency.

Apart from the above stated changed, Hero Honda has worked its magic on the places where it has the most experience. You got it right! It’s the headlight, speedo, instrument cluster, body panels and most importantly, the sticker job. There isn’t much to describe here, except that newly incorporated lip under the headlight is making the bike look authentically ugly. For once we thought it was some sort of a Ram-air induction system adopted by the country’s largest automaker to increase the power of it super commuter. However, knowing that it’s a Hero Honda we quickly disposed the thought away. Have a look at the pictures, (yawn) and let us know what you think.