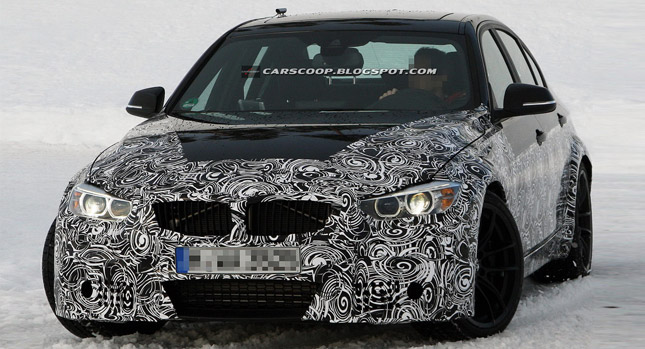 I have always loved the M3 for its almost ‘sleeper’ looks and performance that can make life miserable for some of the sportscars out there. The arrival of new M3 became obvious the day new 3 series was launched. The current M3’s 4.0-liter V8 wis now making way for a smaller displacement six-cylinder engine and make use of turbocharging. Some reports are claiming that the enw M3’s engine will make use of as many as 3 turbos. A superb handling package and some heavy duty anchors are a given on any M series cars. It is also being said that the new M3 will make use of materials like aluminum and exotic carbon fibre-reinforced plastic. Apart form this, the new M3 will have some well pronounced wheel arches, an aero package that will include a new front bumper, side skirts, rear diffuser and the quad tailpipes.