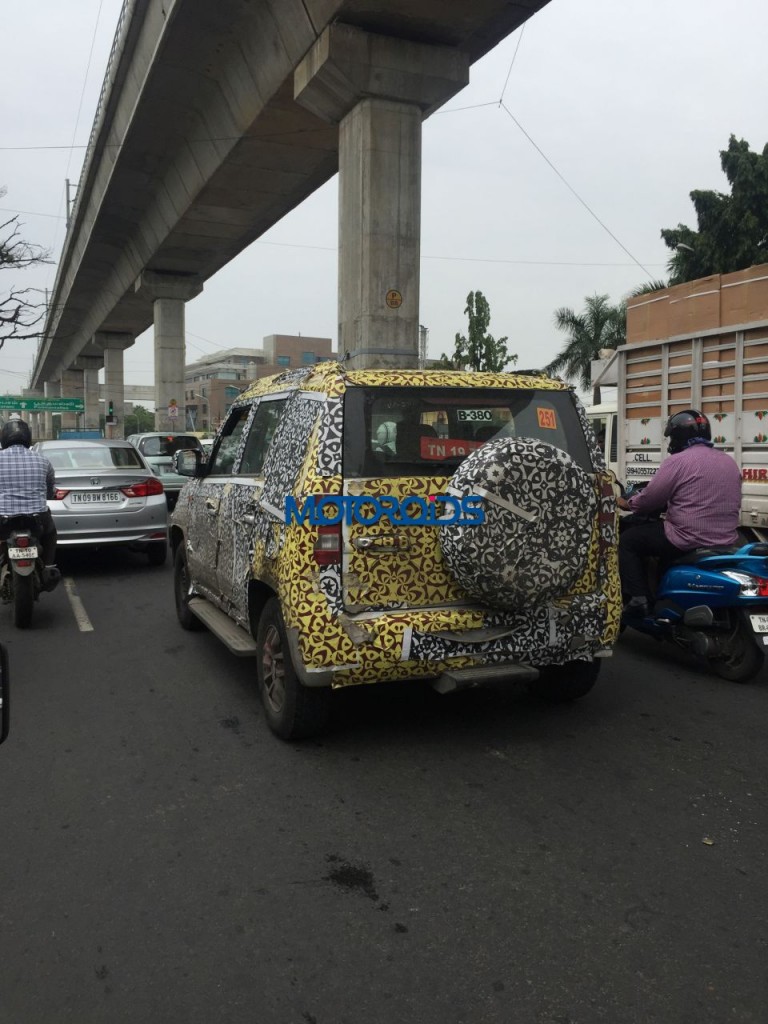 After introducing the thoroughly upgraded Scorpio and the refreshed XUV500, Mahindra & Mahindra is gearing up for the launch of the Thar facelift on 22 July. In the meantime, the next big product from the UV specialist continues testing. The all-new compact SUV (codename U301), touted to be a Bolero successor earlier, and now termed as a mini XUV500 with the rumored name Supro, continues its pre-production test runs and has been photographed by Motoroids follower Ravi Saxena in Chennai. Saxena, who saw and heard the SUV in motion from a very close distance also told us that the new vehicle sounded ‘very smooth’ in traffic with almost zero noise and had an commendable pick up too.

Earlier reports suggested that the Supro will sit on a conventional body-on-ladder framed chassis, a shorter iteration of the new ladder-frame that underpins the new Scorpio. Mahindra will introduce an all new design for the Supro but would retain the boxiness of the Bolero along with the signature Mahindra grille. To keep the costs in check and price this upcoming SUV competitively, Mahindra will design the Supro to be shorter than 4 meters in length. The Supro, as the new SUV is allegedly called, will not be a replacement for the current Bolero, though, and will sell alongside India’s top selling SUV as a new addition to the lineup. 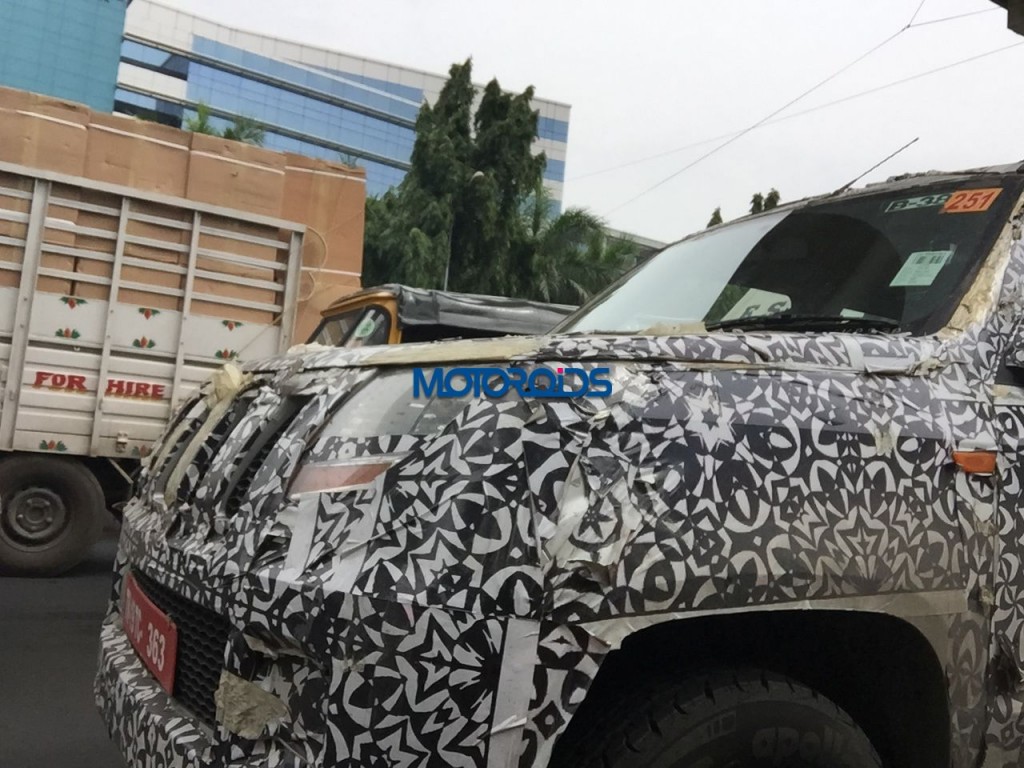 Here are a few details visible on these newest spy images of the upcoming vehicle:

On the inside, the Supro will feature a new XUV 500-like instrument cluster, an all-new three-spoke steering wheel and a touchscreen infotainment system as well.

Mechanical updates are still unknown but the Supro is expected to be powered by the same three cylinder, 1.5-litre, turbocharged diesel engine that is seen on the Quanto. There is also a great possibility to see a 1.6-litre petrol engine that will be developed in collaboration with SsangYong. The car will reportedly be available in 2WD version only and may come equipped with an option of an automated manual transmission (AMT), or a 5-speed manual transmission.

The new Mahidra Supro is still in pre-production test run phase and we expect the SUV to reach the market only by the year end, if not early next year. Stay tuned for more updates on the Mahindra Supro. Meanwhile, share your views on this new offering from Mahindra through the comments section below.