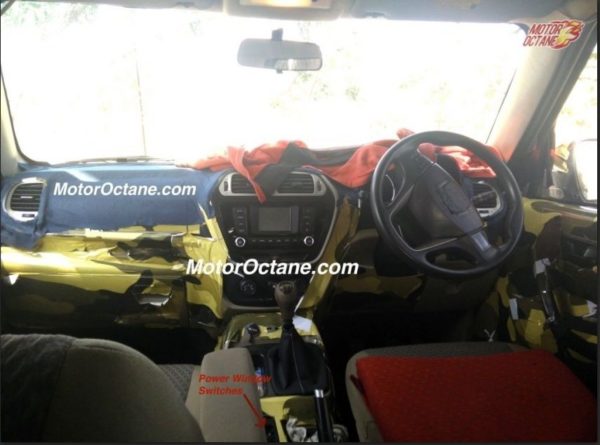 The upcoming Mahindra U301, or the rumoured next-gen Bolero has been caught testing several times by Motoroids. The interior too has been spied a few times, but in a rather unfinished state and with reflection on the window glass not allowing a clear picture of the equipment / amenities inside. However, the first images of the car’s interior in a totally undisguised state are out now and reveal important details about the features offered on the car have surfaced.

In its newest avatar, the new Bolero will get a refined, modern dashboard, in place of the archaic set-up its current gen version sports. There is a new four spoke steering wheel, similar in shape to that of the new Scorpio with mounted audio controls on the left spoke. The colour of the unit, however, is dark, unlike the two tone treatment given to the new Scorpio’s unit. The mounted controls on the right spoke of the new Scorpio are also missing. A hexagonal centre console in satin silver finish wraps the central A/C vents with round-cornered rectangular shape with more satin silver surrounds. 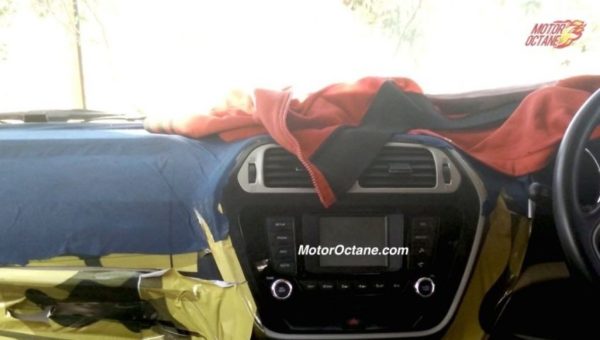 Beneath the A/C vents the new Bolero gets a rather modern looking infotainment unit. There is a medium sized screen too, but we don’t expect it to be touch sensitive as it’s surrounded by buttons which would control most of the menu navigation. By the look of it, the buttons on the center are of a decent quality and should be soft to touch. The knob for volume control features a chrome ring and appears of a good quality too. HVAC controls sit below the infotainment system are comprised of rotary knobs.

Peeping through the steering wheel is the left pod of the instrument console, showing off its chrome bezel, quite upmarket for something that desires to replace the rugged Bolero. 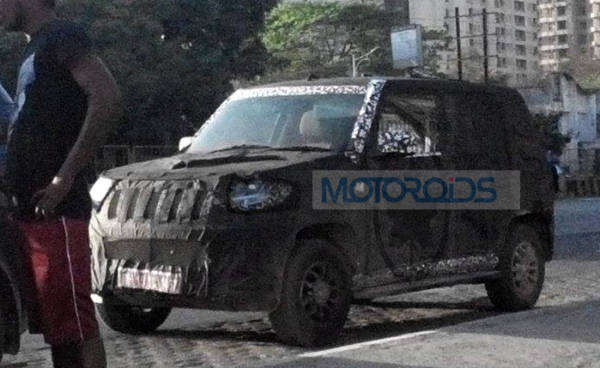 What we can also see is an individual arm-rest for both driver and front passenger. A two-tone black-grey treatment for the seats should look nice on the production version. There’s also a 12 v power outlet ahead of the gear shifter lever, with what appear to be the USB and AUX-in slots next to it. Talking of the gear shifter, it seems to be a tall-ish unit which would likely have a long throw and has 5 speeds. It’s notable that a version of the car with an AMT has been spotted earlier. 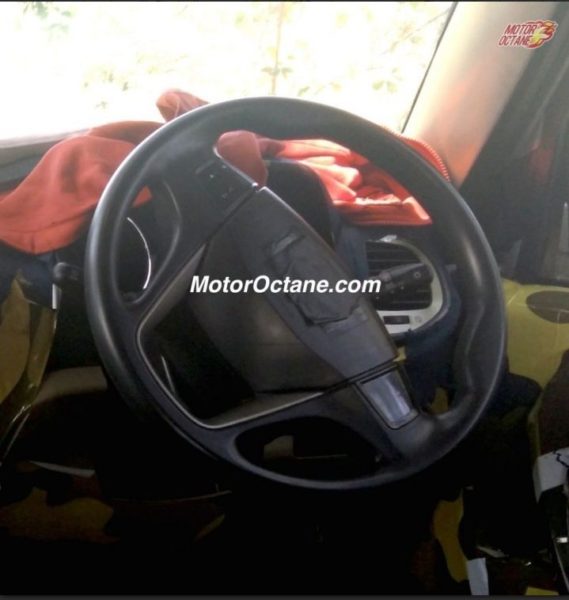 There are cup-holders on the left hand side of the stick shifter with power window switches behind it, towards the left. The hand brake lever is finished in black with a chrome tip. The dashboard and the area between the front seats has been taped heavily to reveal further details. We can however, spot the grab handle on the glove box, which seems to have been lifted from the old Scorpio.

Based on a ladder frame chassis, the new Bolero would be a rugged vehicle, just like its predecessor. The car gets a tail-gate mounted spare wheel. The new Bolero would feature better space in the second row and an option of jump seats for the third row occupants.

Mahindra has used its parts bin generously and the new Bolero borrows stuff from the new Scorpio, Old Scorpio as well as the Quanto to keep the cost down. 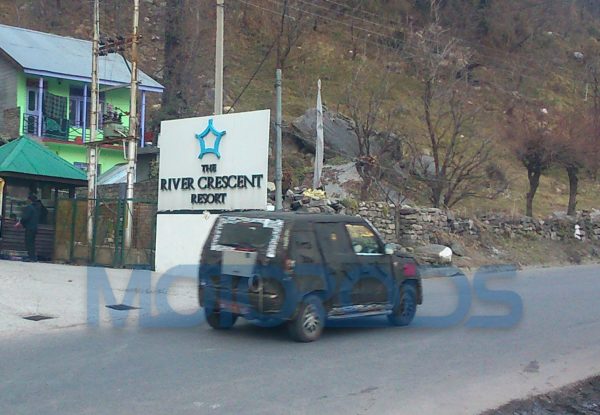 Powering the next generation Bolero would likely be the same three cylinder, 1.5 liter, turbocharged diesel engine propelling the Quanto. The engine may be fine tuned to meet the new Bolero’s brief though. We also expect a 1.6 liter petrol engine for the car which is being developed jointly with SsangYong. The new Bolero will be available only in a 2WD guise at the time of launch. A 4WD version may make an appearance later, or for export markets.