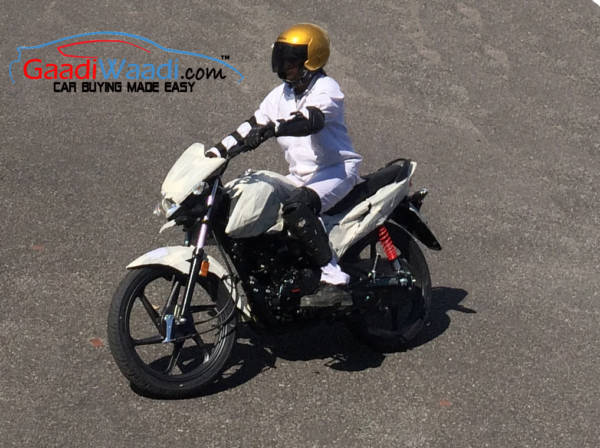 Ever since parting ways with Hero MotoCorp, Honda Motorcycles and Scooters India (HMSI) has been consistently trying to capture a chunk of the 110-125cc commuter motorcycle market. While the Unicorn ruled the 150cc segment, the Dream series and the Shine helped the Indian arm of the Japanese two-wheeler major mark its presence in the 110-125cc motorcycle market.

But these recent spy photographs suggests that HMSI is testing a commuter motorcycle, probably the updated version of the Dream Yuga or an all new Shine, in a camouflaged avatar. But while the test motorcycle was camouflaged, it appears to be a production ready model with a metallic finish Honda logo placed on the Unicorn 160 like side cowls, peeping out from behind the stickers. A red Honda logo can also be seen on the reportedly upcoming 125cc engine that is expected to deliver 10.6PS of power and 10.54Nm of torque. Braking duties would be performed by drum units on the front and rear alloy wheels.

HMSI plans to expand its product portfolio by as many as 15 new products for 2015, seven of which would be completely new models. Here are a few more photographs of the upcoming motorcycle: