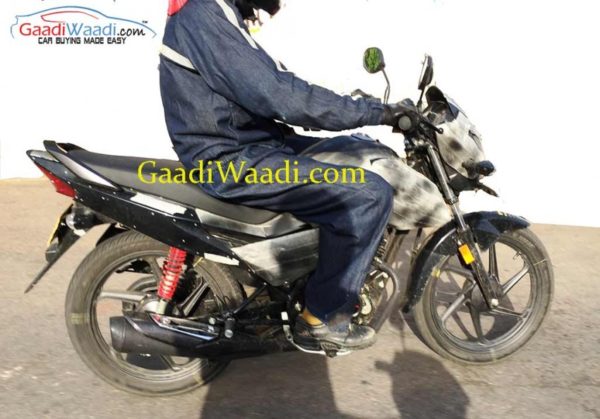 The Indian market will soon bid adieu to the Honda CB Twister to make way for a brand new commuter motorcycle from the Japanese two-wheeler manufacturer. The new motorcycle, named as the Livo, is part of Honda Motorcycles and Scooters India’s aggressive expansion strategy for the Indian market and is one of the 15 products that the two-wheeler manufacturer plans to unveil this year. While the Honda Livo will essentially replace the CB Twister, this upcoming motorcycle draws a handful of design elements from the CB Unicorn 160.

This upcoming commuter was recently spied with very little camouflage, revealing many details. The first thing that one notices in the spy photographs are the tank shrouds that draw inspiration from the recently introduced Honda CB Unicorn 160. The front turn indicators, too, are located very close to the headlight, similar to the ones that we have seen on the CB Unicorn 160. The alloy wheels, as seen in the spy shots, would come wrapped in MRF tyres. 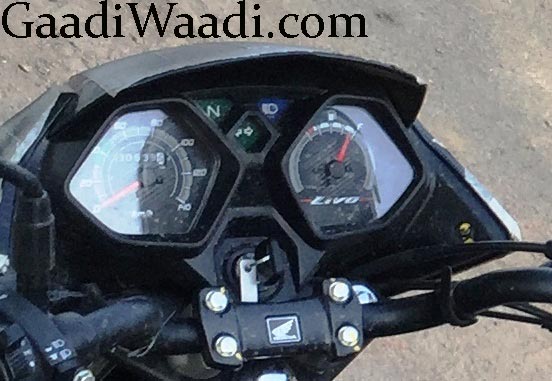 The side and rear panels appear to have received sharp lines, something that we saw on the Honda CB Twister. The exhaust, along with the two-piece heat shield with a metal top, remind us of the CB Unicorn 160 whereas the tail end of the motorcycle makes way from Honda’s Dream series. The instrument panel, which reveals the name of the motorcycle, has been divided into three parts. The extreme left meter indicates the speed and the total distance covered by the motorcycle while the extreme right is occupied by the fuel indicator. The centre holds all the telltale indicators. The switchgear is similar to what is seen on the Honda’s Dream series and the outgoing CB Trigger.

The ergonomics are commuter friendly with front set rider footpegs and a comfortably high raised handlebar. The single piece seat seems long enough to provide sufficient space for the rider and the pillion. Suspension duties would be taken care of by a telescopic fork at front and conventional, twin springs at the rear. The motorcycle will use drum brakes at both ends. Honda, however, may offer an optional disc unit at the front at an additional cost, a strategy employed by a lot of the other manufacturers on a variety of their models. 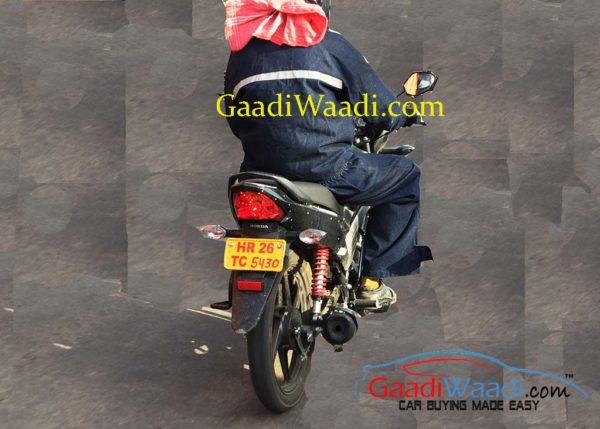 The power figures are still unknown but expect to see the same 110cc engine capable of delivering 9 bhp of output that did the job on the Honda CB Twister. Prices are expected to hover between Rs 50,000-55,000 mark. Here are some more spy images sourced from GaadiWaadi: