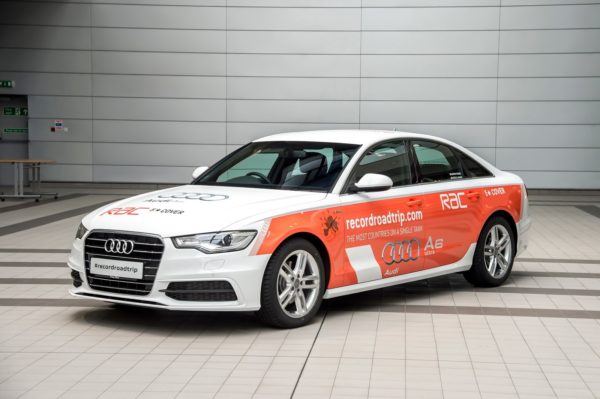 Audi and the Royal Automobile Club (RAC) have set a new Guinness world record for the most distance travelled on a single tank of fuel.

An Audi A6 2.0 TDi Ultra drove through 14 different European countries without having to refuel even once! The Audi A6 was piloted by motoring journalist Andrew Frankel and race driver Rebecca Jackson, and covered 1,865 Kms in an almost non-stop 28-hour run, at an average speed of around 78 Km/hr.

The drive snaked through Belgium, Luxembourg, France, Switzerland, Liechtenstein, Austria, Germany, Italy, Slovenia, Croatia, Bosnia and Serbia. The route was planned such that it went around congested areas and mountains as much as possible. 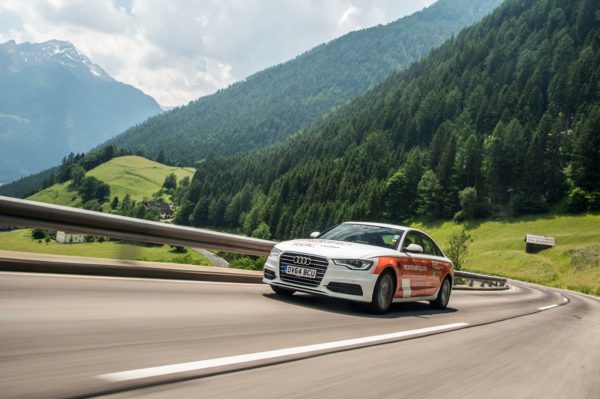 Excluding an exterior wrap, no mechanical modifications were made to the car, apart from the inclusion of glass fiber-reinforced springs in the suspension set-up, instead of the steel springs, which reduced the kerb weight by 4.4 Kgs.