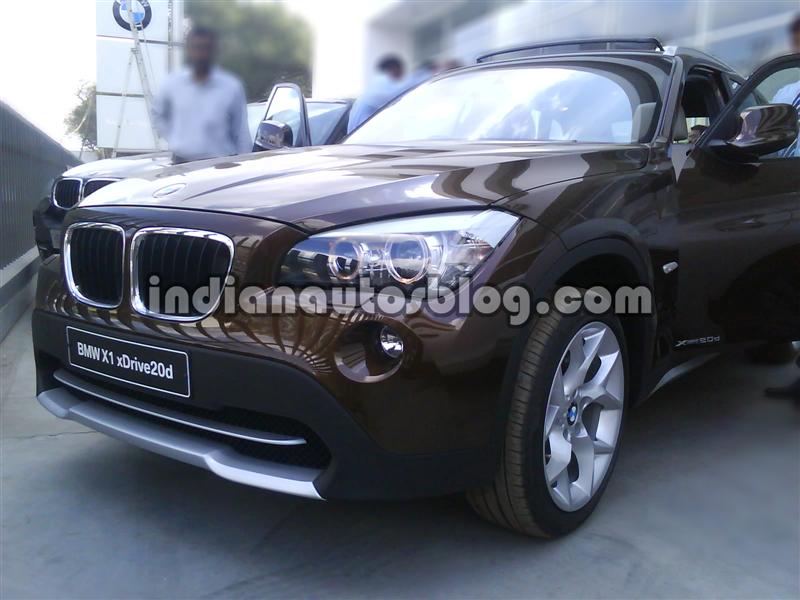 A BMW X1 was caught on camera by a passerby who noticed the car in a BMW dealership in Chennai. The BMW X1 had been forecasted to hit the Indian roads by the end of 2010. However, it is believed that a few X1s were available at dealerships, stored in secret conditions for exclusive costumers. The car is also believed to be kept for training sales and service personnel.

The BMW X1 comes with a 1995cc four-cylinder diesel engine with all-aluminum crankcase. The car also features a variable intake geometry turbocharger and common rail direct fuel injection. The engine produces a maximum of 177 horses at 4000 RPM and maximum torque of 350 Nm at 3000 RPM. The car accelerates from 0-100 kmph in 8.4 seconds with a top speed of 205 kmph.

The good news though is that the car will be assembled in India itself which will prevent cutting a gaping hole into the pockets of customers. The car is likely to bear the price tag of Rs. 25 lakh and will be a direct competitor to the Toyota Fortuner.