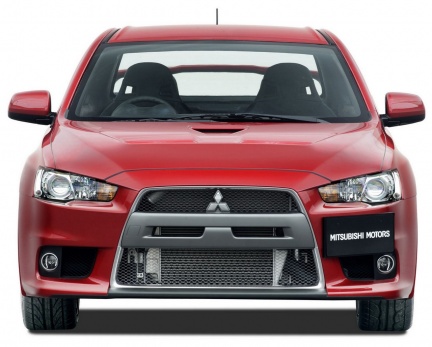 It has been quite some time since Mitsubishi has been existing in the Indian market. However, the firm has finally realized the need for refreshment in the market by introducing some new sets of four wheels. The company has planned to launch the Evo X in India later this year. The car will be imported as a CBU in India. The homologation at ARAI has reportedly completed. The Mitsubishi Lancer Evolution X FQ-400 is the fastest and most extreme machine from the Mitsubishi stable.

The car boasts of a light weight aluminum 2.0-litre turbocharged MIVEC (Mitsubishi Innovative Valve timing Electronic Control) petrol engine that churns out 403 horses and 422 Nm of torque. The car boasts of its ability to touch 60mph from standstill in as less as 3.5 seconds.

The official spokesperson, when contacted confirmed, “Yes, the story is true and we will be launching it in a CBU form later this year. All details will be shared later.” It is believed that the car will come along with all the goodies such as Bluetooth hands-free telephone connection, a CD-tuner with 30 GB hard drive, DVD satellite navigation and a privacy glass. An auto blog earlier reported, “Indeed, the Mitsubishi Evo is one of those rare four-door saloons that offer near-supercar levels of handling and performance and that can’t possibly come cheap. That’s the reason why Mitsubishi, during 2010, will aim for sales of 100 units or less for the Evo X. The car could be priced at Rs 30 lakh or more, which would certainly make it a very niche product – strictly for the wealthy enthusiast only.”

We really wish to see this machine on the Indian streets and hope Mitsubishi doesn’t let us down. Stay tuned to know more.