Home Ford SPIED: 2019 Ford Endeavour, Expected to Launch in the First Half of 2019

The Ford Endeavour is India’s favourite SUV. As huge as a 1 BHK apartment, this car offers you such a magnificent road presence, only a few other cars can offer. Currently facing competition from the Toyota Fortuner, Ford is doing well in terms of sales with this SUV. However, Mahindra is about to launch the Alturas G4 SUV which is rumoured to undercut the Endy in terms of pricing. Ford may have a reason to worry or not, something that time will tell. Apart from that the SUV also competes with the likes of the Mitsubishi Pajero Sport, the Isuzu MU-X and the Skoda Kodiaq. 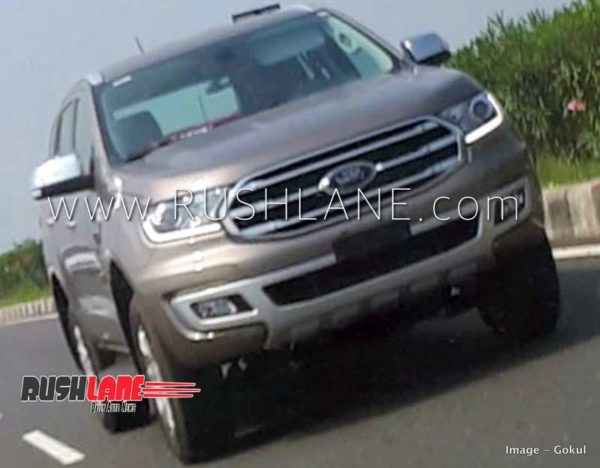 The facelift sports a redesigned front end. The headlight units are now more powerful, and the fog lamps get a protruding housing. The grille gets 3 chrome slats, we Indians love chrome, don’t we? There are now new 20-inch alloy wheels that would come with the top-end models. Apart from that everything else in terms of cosmetics remains the same. There are no changes in the dimensions of the car as well. On the inside, expect to find Ford’s SYNC 3 infotainment system and a push start/stop button across all variants. This SUV has already been launched on foreign markets like Thailand and Australia and is rumoured to come to the Indian market by early 2019, with a marginal price hike. 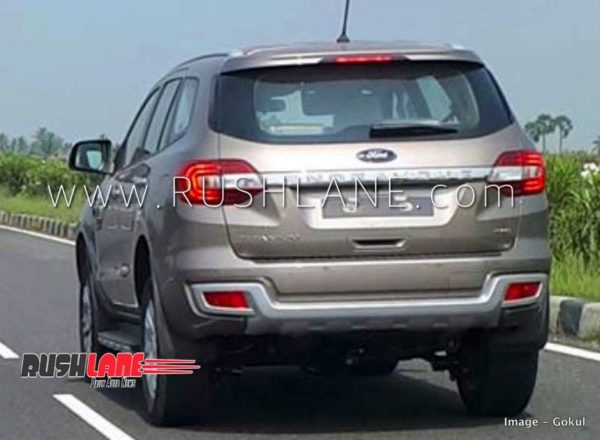 The car in international markets gets a new 2-litre oil burner engine. With a single turbo setup, it generates 182 PS and 420 Nm of torque and the numbers bump up to 215 PS and 500 Nm with a twin-turbo set-up. The engines are mated to a 10-speed transmission which relatively new. However, we expect the Indian market cars to continue using the currently employed 2.2 -litre and 3.2-litre engines mated to a 6-speed auto. Also, the engines can be expected to be BS VI compliant. Below is an image gallery of the pre-facelift Endy.