Yamaha had a blast in the past with the introduction R15 and FZ series in 2008. But the only upgrades that the FZ series received over the years was paint jobs and sticker sets accompanies by a special edition every once in a while. Frankly, watching the FZ series updates felt like watching Shah Rukh Khan doing the same romantic scene with his hand wide open towards different female leads with different backgrounds. 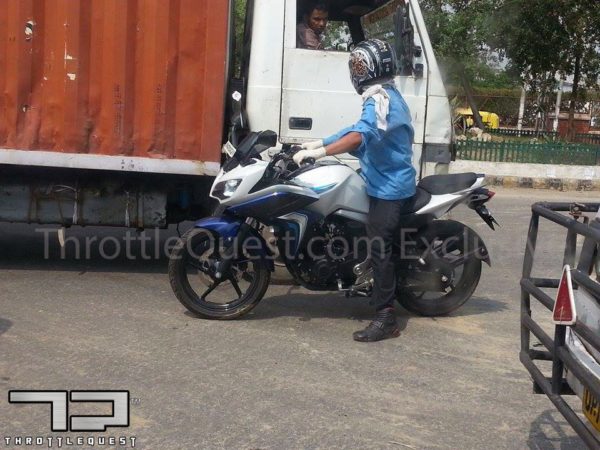 However, Yamaha did pull its sleeves up and worked and developed a new FZ series which it introduced last week at an event in Delhi. Now, what made the new FZ and FZ special was the introduction of fuel injection technology in the 150-160cc mass production segment. Although the maximum power has been reduced from 13 bhp to 12.1 bhp, the new motorcycles are three kilograms lighter. Club that with the fuel injection technology and performance should not be a problem. But let’s keep that for the review and talk business here.

What was evident with the introduction of the new FZ series, was the upgrade that its faired sibling, Fazer, would receive. And so it did. Automobile portal Throttlequest.com spotted the upcoming Yamaha Fazer being tested on road. 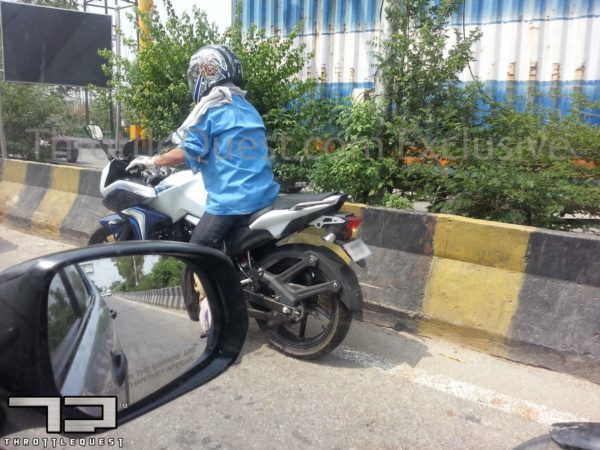 And as it was anticipated, the new Fazer will follow the same design language that it did in the past – FZ body with twin headlights and a fairing. It will also share the same fuel injected engine as found on the new FZ series which would make 12.1 bhp and 12.8Nm of torque.

We just wished that Yamaha would have added an option to the Fazer which would have worked well with the touring image of the motorcycle. We hope Yamaha introduces a new engine variant for the FZ and Fazer along with the much anticipated R25 that is likely to hit Indian shores next year.

Would you buy the new FZ16, FZ-S or the upcoming Fazer or wait for Yamaha to introduce a quarter-litre sibling to hit the Indian market?