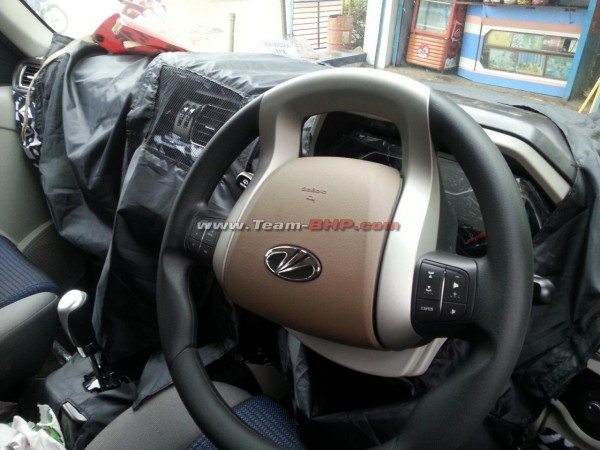 The new spy pics show the the car’s new dashboard that is darker in color than the outgoing Scorpio. The AC vents are now rectangular with silver accents. The new simple instrument console houses a tachometer on the left and the speedometer on the right. There is also a MID between the two meters. The XUV500 inspired steering wheel uses a different color scheme and includes buttons to control the audio system on the left and cruise control functions on the right. A rotary knob sits near the lower part of the steering wheel, which is likely to be the ORVM control knob for the car. The 2014 Mahindra Scorpio facelift uses blue and grey upholstery for the seats. 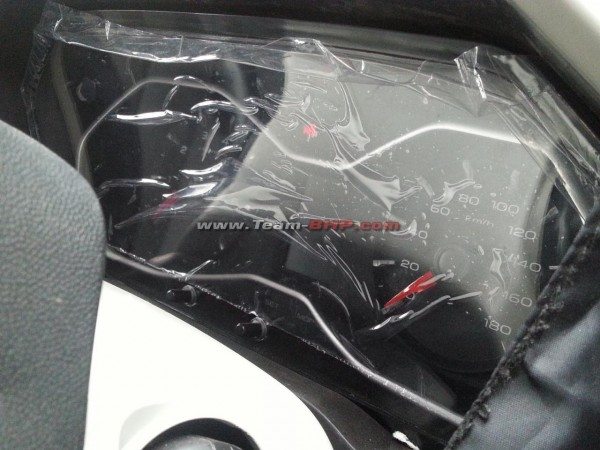 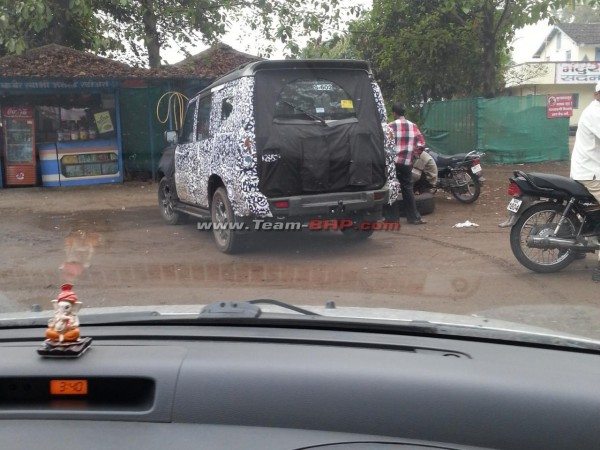 Here are few additional details of the 2014 Mahindra Scorpio facelift:

We can safely expect Mahindra to showcase the Scorpio facelift at the 2014 Delhi Auto Expo next month. With the SUV segment competition on the rise like never before, do you think the upcoming Mahindra Scorpio facelift will perform as good as its sibling- XUV 500 ? Do let us know your thoughts by penning your comments in the comments section below.