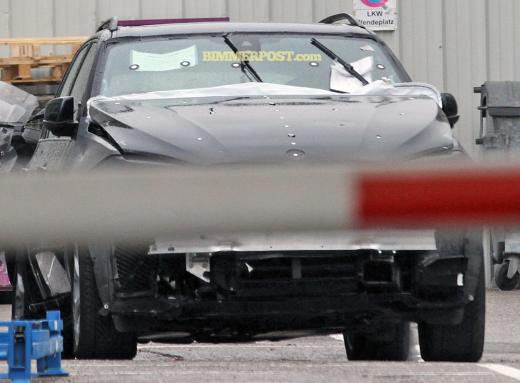 We first saw the Volvo V40 with the pedestrian airbag. Now, Volvo is the pioneer in road safety and it is no surprise that other leading manufacturers often decide to embrace and adopt the safety features that are first seen in a Volvo. The 2014 BMW X5 (codename F15), which is due for a late 2013 debut, will feature a new grille, a wider track and will be lighter than the outgoing car.

Most importantly, the new X5 will come with a pedestrian safety airbag. For those who missed our article on the pedestrian airbags, we would like to tell that such airbags come into play when a car’s front end is involved in a collision with a pedestrian and the bonnet rises slightly to make space for a U-shaped airbag to emerge. This airbag, which deploys near the windscreen, acts as a cushion between the pedestrian and the car. The airbag is shaped in such a manner that the driver can clearly see the road in front and manoeuvre the car as required.