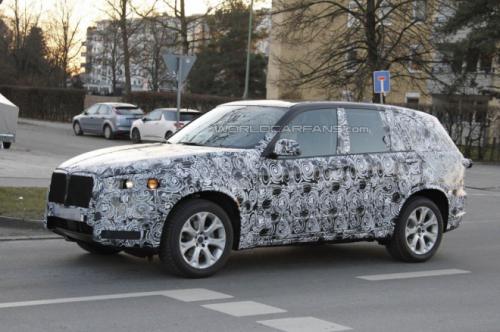 Only a few mins ago, we reported about BMW India’s plans of launching the facelifted version of X1 cross over and 7 series sedan. As we had earlier reported, the X5 is all set to be replaced with an all-new model and now, a prototype of the new X5 has been caught testing in Germany. While the design language for the new X5 should remain to be the same, the new edition of X5 will get a new set of power-plant options. The car could also get a hybrid powerplant set up at a later stage. BMW has been busy developing a new platform for its X range of vehicles and the same will be employed in the next-gen X5. This means that the new car will be lighter by about 150 Kgs. The revised X5 will have its world premiere in 2013 and should come to ‘Luxury SUV’ hungry country by mid-2014.