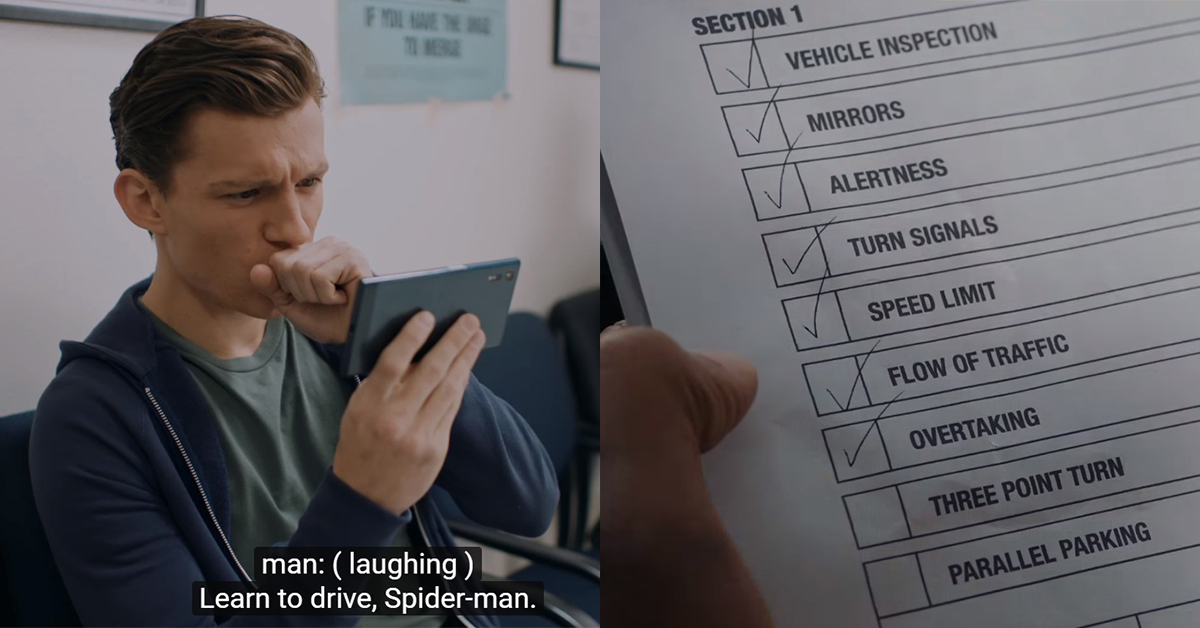 Besides being a superhero, our friendly neighborhood Spider-Man is also a teenager who has to go through a driving test like everyone else. He can’t just keep swinging around with Mary Jane Watson or Gwen Stacy by his side, can he? But he is no Niki Lauda or Michael Schumacher behind the wheel. Even Al Pease and Chanoch Nissany drove better than him. Wait, who’s Pease and Nissany? They both have been named as, to put it mildly, unsuccessful drivers in the Formula 1 history. Pease was disqualified for driving too slowly while Nissany couldn’t even remove his steering wheel.

But he has someone Pease and Nissany didn’t — genius billionaire playboy philanthropist (psst… and Iron Man), Tony Stark. We’ve seen Audi placing its products in the Marvel Universe and the German car maker is back at it. The upcoming Spider-Man: Homecoming movie will see Audi’s new prototype — which most likely is the next generation A8 — help Spidey pass his DMV driving test. Evaluating his skills behind the wheel is J.B. Smoove.

The recently released video on Audi USA’s YouTube channel is another teaser of the movie and the Audi Intelligent Technologies equipped prototype.

We can’t wait for July 7, 2017 when Spider-Man: Homecoming hits the big screen. While we wait for the movie, let us know your views about the new promotional video through the comments section below.