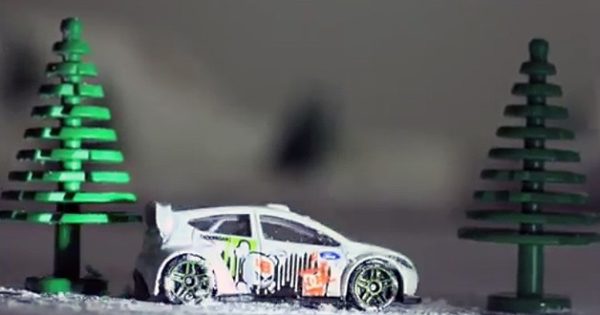 The holidays are here and, for a petrolhead, there’s no better way to usher it than with this cute little commercial from Ford Europe. Painstakingly shot in stop motion animation, Snowkhana Three pays homage to Ken Block’s massively popular Gymkhana series of viral videos, but with a 1:16 scale model Ford Fiesta instead of the real thing.

Stop motion is a time consuming and intricate craft, but unlike CGI, the result isn’t all that clear to most people without in-depth knowledge of filmmaking. Each and every frame of video is individually created, which can add up to a breathtaking amount of time when you consider the average of 24 to 30 frames that every second of cinematic video consists of.

The best moment for us in this short video, though, is the recreation of the Ken Block vs Neymar Jr. footkhana game, replete with snow effects created with something that looks like cotton balls. Watch it below.