The Skoda Yeti facelift will be launched in India on the 10th of September this year. The Yeti SUV has been a real sluggish seller in the Indian market, but Skoda still believes that it will be able to revive sales figures with the help of a Limited Edition offering.

The Skoda Yeti facelift will possess changes in two major areas, as mentioned below :

Despite this styling job, the Skoda Yeti facelift will retain its distinct, inimitable look. This will ensure a bit of differentiation from all the competitors prowling the market. But will it be enough to thwart off the challenge posed by the competition? It remains to be seen.

2. A LONGER FEATURE LIST : To woo customers into loosening their purse strings, the facelifted Yeti will boast of added features. While the list isn’t a certainty, here’s waht we feel the Skoda Yeti facelift could receive. 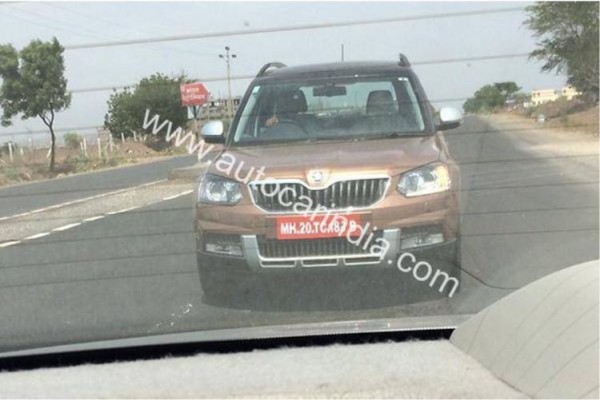 The Skoda Yeti Facelift has already been spied

There will be no mechanical changes, whatsoever. The Skoda Yeti facelift will provide a choice of a 2.0 Litre Turbo-Diesel engine in two states of tune. The lower state of tune will churn out 108 bhp of peak power, and will be mated to a Front-Wheel Drive system. The higher state of tune will produce a peak power of 138 bhp, and will deliver power to the wheels via an All-Wheel Drive system.

Of course, the Czech-Slovakian manufacturer will charge a higher premium for the facelifted Yeti. Industry whispers peg the new price in the range of 15-15.9 lakhs INR.