Skoda has revealed its very first all-electric SUV prototype and has named it Enyaq. The production model is based on the Volkswagen Group’s MEB modular electric car platform. The images of the car showcase it in verdant digital-look camouflage and even then the looks seem to be quite proportionate.

It is expected to be offered with a choice of three battery sizes and two drive systems thus comprising five power variants. The all-electric SUV is set to be built at Skoda’s main plant in Mladá Boleslav, making it the first MEB-based VW Group vehicle in Europe to be produced outside Germany. Skoda must view that decision as an encouraging vote of confidence from the group’s higher-ups, given the likes of the Seat el-Born will be built at the same Zwickau plant as the VW ID.3. 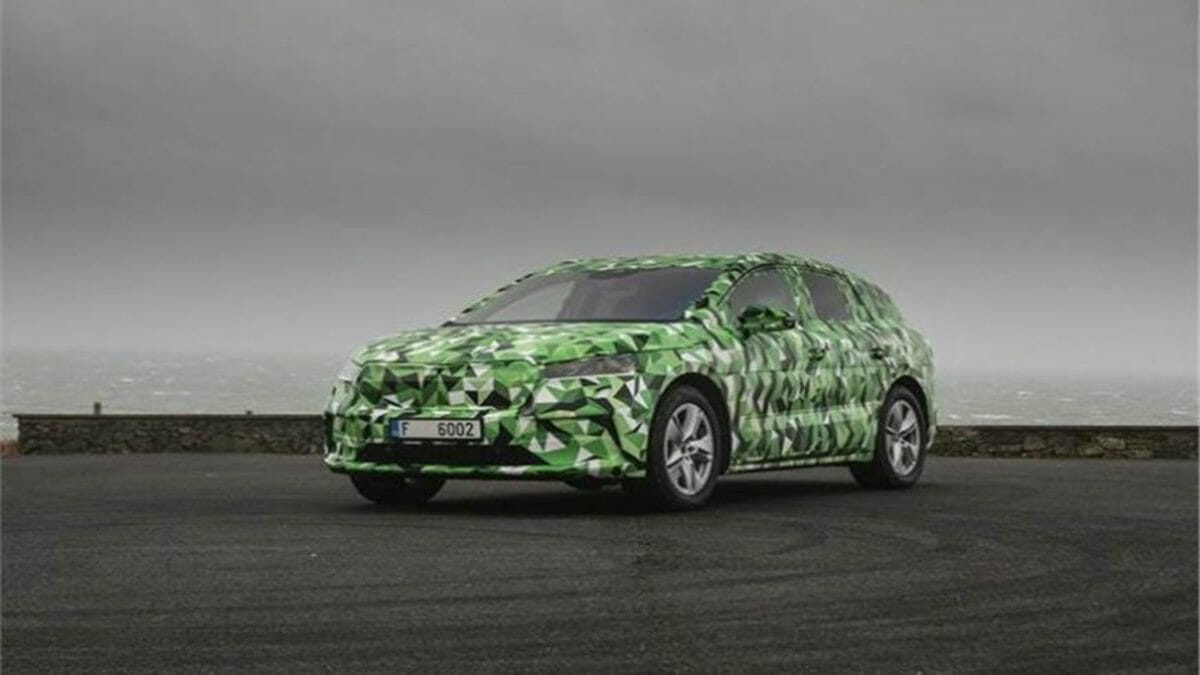 The Enyaq 50 is an entry-level model comprising a 55 kWh battery set-up which supplies charge to a 150 PS three-phase synchronous motor mounted over at the rear axle. This version has a full-charge range of 340 kms. The second option in this list is the Enyaq 60 with a 62kWh battery and a 179 PS motor. It delivers a slightly higher 387 kms of single-charge range. However, it is the top-spec, with most power output which will excite the enthusiasts. The list topping Enyaq 80 uses an 82kWh battery, 204 PS motor and is good to return 497 kms of full charge range.

Other than this, there are two variants- the Enyaq 80X and Enyaq vRS models, which use the same battery kit as the Enyaq 80 but gain an extra electric motor at the front axle for all-wheel drive. While this increases their total system outputs (to 266hp for the 80X and 306hp for the vRS), the range takes a bit of a hit at the same time: both are rated for 457km. 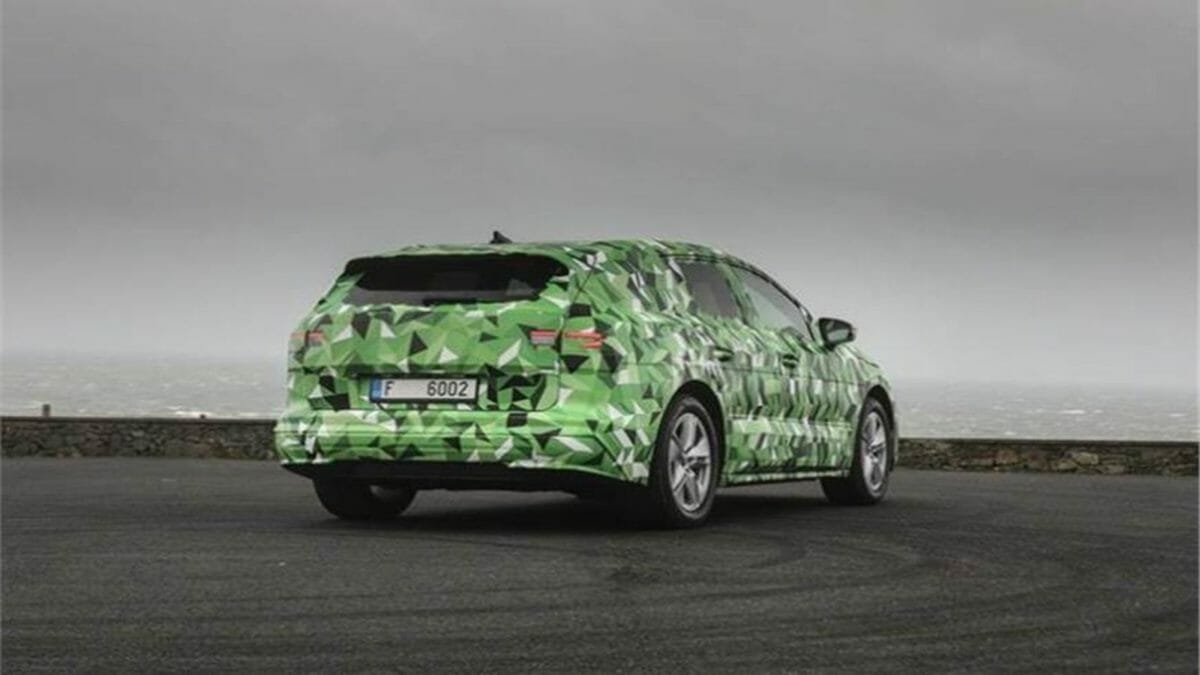 As for charging, all Enyaq models will be able to draw power from chargers rated as high as 50kW as standard – so expect to be able to top up an 82kWh model in around 1.5 hours on a rapid charger. On a 125kW outlet, you can expect to charge the battery from 10 percent capacity to 80 percent in around 40 minutes.

Shedding some light on the development, Skoda Auto CEO Bernhard Maier, said, “The Enyaq iV marks the beginning of a new era for Skoda, it is the figurehead of our E-Mobility campaign. With it, we’re making E-Mobility Simply Clever thanks to long ranges and short charging times. At the same time, the Enyaq iV takes Skoda-typical virtues such as superior interior space, a trendsetting design and maximum functionality to a new level. Our first all-electric e-model based on Volkswagen Group’s modular electric car platform will be built at our main plant in Mladá Boleslav, at the heart of Skoda. This is an important step towards securing the future of the location and safeguarding jobs in the region.” 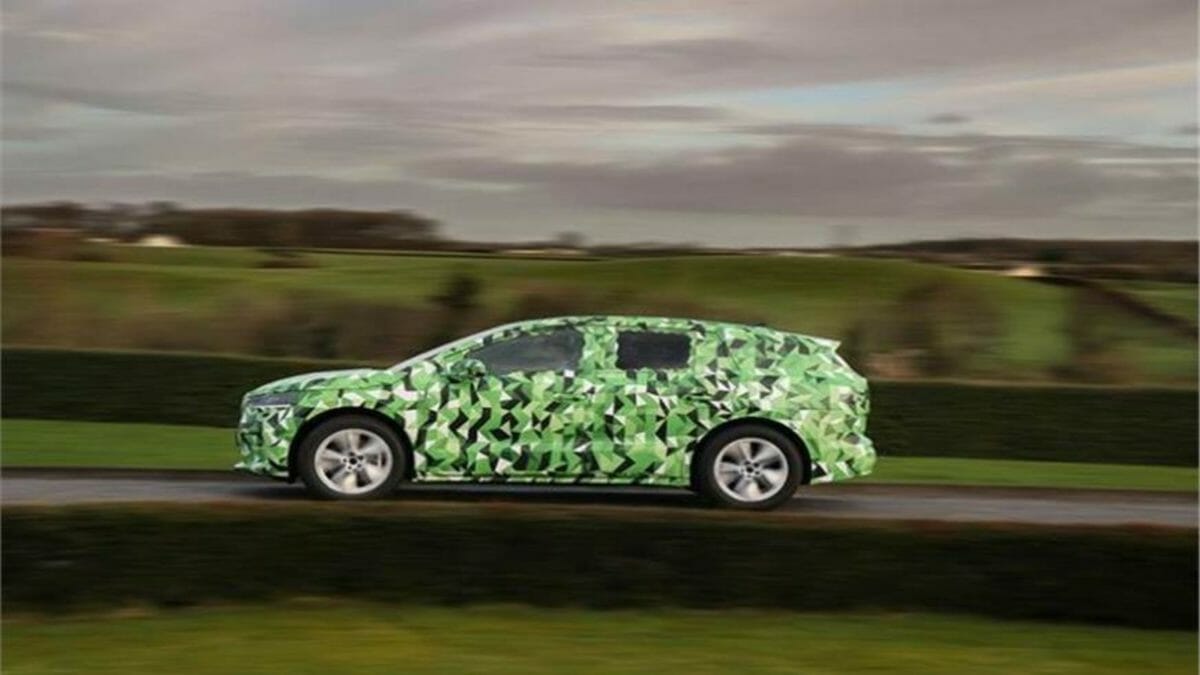 From the exterior, the SUV stands fairly proportional even under the disguise. It extends 4.65 metres in length and sits in the middle of the larger Kodiaq and smaller Karoq models. There’s loads of passenger space at the front and back, and its 585-litre boot is generously sized, too, but one big advantage of its enlarged footprint is the fact that it has also enabled Skoda to fit the Enyaq with a battery big enough to lend it proper real-world range.

Even though Skoda hasn’t officially revealed the images of the interior, from some reports it is suggested that the cabin is even more impressive, largely thanks to material quality. On the higher pricier variants, the flat, expansive dash top is upholstered in tasteful leather, and the fabric used on other surfaces looks smart and feels plush. Upon it, taking pride of place is a 13-inch landscape format multimedia touchscreen (lesser Enyaqs have a 13-inch frame holding a smaller screen) that seems a doddle to operate and controls all manner of functions for entertainment and information.

Is It Coming To India?

There has been no official confirmation from Skoda about the Enyaq EV coming to India, although Volkswagen has confirmed its plans to bring the I.D. 4 electric SUV, which uses the same platform, to India. Skoda at the moment is busy in preparing its upcoming launches which hosts a number of cars across segments namely- the Rapid 1.0-litre TSI, the Superb facelift and the Karoq SUV. The Czech carmaker is also working on a new midsize SUV that will use the India-specific MQB A0 IN platform and was previewed by the Vision IN concept which was showcased at the Auto Expo, 2020.