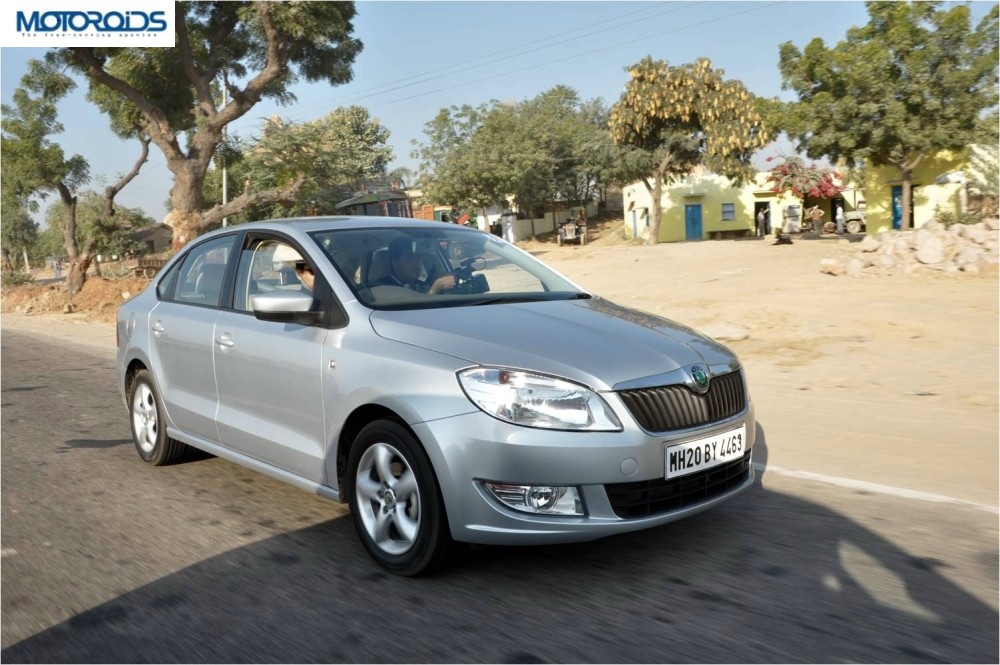 I will admit it. Skoda Rapid has a soft corner in my heart. What with it being my career’s first ever car test drive. Emotions apart, the car makes quite a case for itself as a pocket friendly alternative to the Vento from its parent manufacturer. The car was launched in November 2011 and has quickly become the best seller in the C-segment. It may be noted that the Rapid, which is highly based on the VW Vento, was first launched in Indian market to fill in the gaping void between Fabia hatchback and Laura D segment sedan. Now, Skoda India’s mid size sedan is all set to have a rendezvous with international audience at the upcoming 2012 Geneva Motor Show. Sources say that details about specification, positioning and pricing will be announced at the unveiling. Going by the car’s price in Indian market, the Czech sedan should be priced at 13,000 Euros and should battle it out against other  entry level budget sedans.

Other than the engine options that we have seen in the country, the car should also get a 2.0 litre 140 Bhp TDI unit from the Octavia, nay, the Laura. It will be interesting to see if the Czech car will gain as much popularity in the European market as the last gen Octi did.