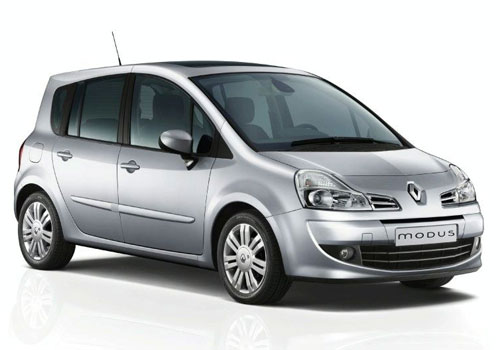 Renault is surely getting aggressive in India. The French car maker is in a JV with Jap manufacturer Nissan and the former recently launched the Pulse hatchback in the country. The Pulse is seen battling it out against Hyundai i20, Maruti Swift and the likes. Now, the news is that Renault is readying itself to launch the new generation of its popular hatchback Modus in the country. The Modus will compete with Maruti Ritz, Hyundai i10 and the likes. The car should be priced in Rs.3.5-4.5 lakh bracket and will be built at the manufacturer’s Chennai facility in India. It may be noted that Renault Modus was all set to launch the Modus before coming up woth Pulse but a few glitches ensued that the B segment car will be launched only by mid-2013. There are fair chances that the all new Modus will NOT be based on the -popular V-platform that is seen on the Pulse/Micra. The Modus will be the fifth Renault car to come to market and will join the company’s line up of Pulse, Fluence, Koleos and soon to be launched Duster crossover.