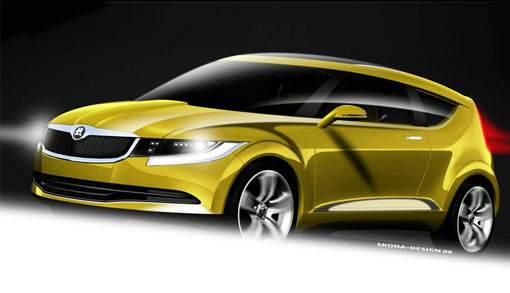 It’s no secret that Skoda is planning a sub-Fabia car for India to attain bigger volumes. Back in August 2010, Skoda Auto’s sales and marketing head Thomas Kuehl had gone on the record and said that the company is planning a small car. Now as a reconfirmation of the strategy, the marketing head at the Czech auto company has again said that the company plans to launch the car by 2013.

“We had announced to roll out one new model every year. As part of this strategy, we will enter the volume segment and will launch a small car in early 2012” Thomas Kuehl had said back in 2010. Now, while the product to be launched remains the same, the timeline seems to have shifted slightly, to 2013.

“We are planning to launch an entry level small car in the price range of Rs 3 to 5 lakh by 2013 in India,” Thomas Kuehl told just-auto. The new car will be smaller than the Fabia and will help Skoda garner some volumes in the most popular sub 5 lakh segment in the Indian market.

The new car will roll out of VW’s spanking new Chakan plant and will boast a very high percentage of localized components to keep costs low. The name or specifications of the new car are yet to be revealed, but it may be based on the VW Up platform. The new car will be powered by petrol and diesel engines, most likely the same 1.2 liter petrol and diesel mills that power the current Fabia.

Skoda Auto India is growing at the rate of 60%, with the VW Group as a whole going extremely strong in the Indian market. The company’s strategy includes launching at least one new product every year to keep the growth momentum growing, and the launch of the new car will be as a part of the strategy.

Mr Kuehl also threw some light on the launch of two bigger Skoda cars before this small baby joins the field. The Laura S will hit the streets in August 2011, followed by the Rapid in early 2012.