Skoda India has revealed details and specifications of the upcoming Kodiaq SUV. The Czech automobile manufacturer will launch the 7 seater SUV in India on October 4, 2017. Ahead of its launch, we had the opportunity to drive the Kodiaq, a review of which is coming soon. Meanwhile, let us tell you what we already know about the Kodiaq. 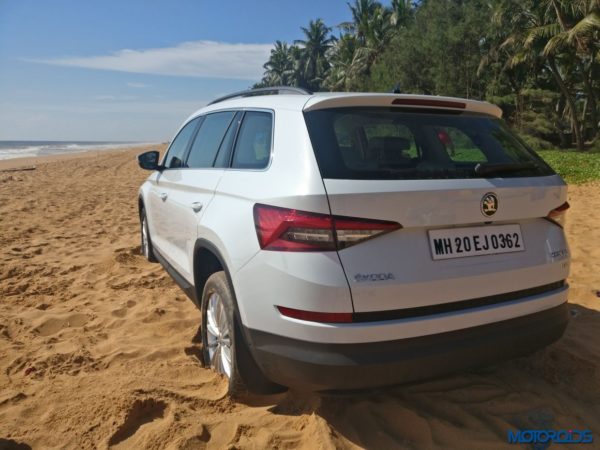 The Kodiaq is based on the Volkswagen Group’s MQB platform that underpins other models from Skoda’s range that includes the Superb and the Octavia. Feature wise, the Kodiaq will come equipped with full LED headlamps with integrated DRLs, cornering fog lights, LED tail lamps and 18 inch alloy wheels. The model will be available in a single variant with four wheel drive and automatic transmission. 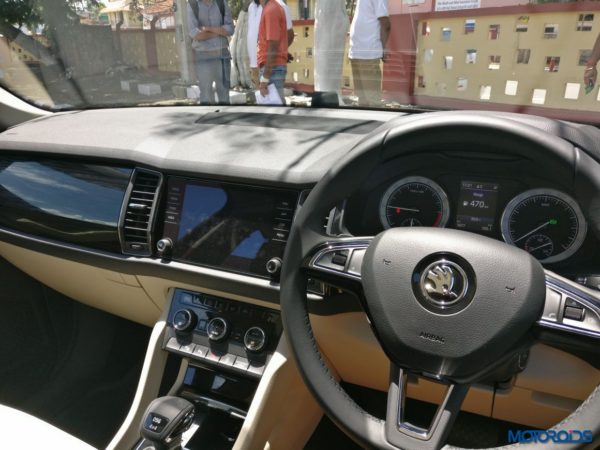 Powering the Skoda Kodiaq will be a 2.0-litre diesel engine that is capable of producing  150 PS at 3500-4000 rpm while the peak torque of 340 Nm comes up between 1750-3000 rpm. This engine comes paired to a seven speed DSG automatic transmission that sends power to all four wheels via an all wheel drive system. Skoda also offer five drive modes on the Kodiaq including Normal, Eco, Sport, Individual and Snow. Stay tuned for a detailed review soon followed by a live launch report.