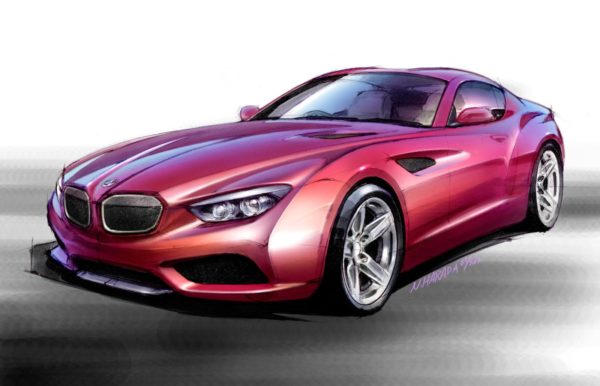 Society of Indian Automobile Manufacturers (SIAM),organized the ninth edition Styling & Design Conclave on February 6 at Hotel Hyatt in Pune. The Styling & DesignConclave of SIAM reiterated the fact that the Govt. of India, SIAM and the design institutes of India needed to follow a consortium for developing India as a destination for automobile styling and designing.

The theme for the conclave was ‘Innovation through design’ which was kept very broad allowing for a vast range of subjects to be covered.

This year, SIAM Styling and Design Group started a new initiative, wherein they commemorated the contributions of senior leaders, who played a significant role in advancing the causes of Automotive Styling and Design in India.  The award was presented to Mr. Bidyabijay Bhaumik, the Chief Designer at Mahindra & Mahindra. The day-long event was divided into 4 sessions followed by an award ceremony to conclude the day.

Mr Anil Saini, Chairman, SIAM Styling & Design Group and Head of Design, General Motors delivered the welcome address. It was followed by the keynote address by Mr. Glynn Kerr, Owner, Glynn Kerr Design. Mr. Anil Saini said that the year gone by has been an enriching one and has been a year of successful collaboration with the government, the academia and the industry. In his address, Mr. Glynn Kerr focused on the journey of design of two-wheelers in the world and in India specifically. He said that despite the huge progress made by the industry in the recent years, there still remains a scope for improvement.

Guest of Honour Mrs. Rashmi Urdhwareshe, Director, Automotive Research Association of India (ARAI) addressed the gathering. She said that in India transportation needs is what drives all the design innovations and that the innovations need not only be from the automotive domain but can also be inspired from different domains.

Mr Jayant Sankrityayana Head – Commercial Vehicle Design, Tata Motors chaired the first session. Mr Manoj Kothari, Chief Design Thinker & Innovation Strategist, Onio Design was the first speaker of the session and focused on Megatrends. He mentioned, “Megatrends have evolved from being just about the color, design, style and finish to now a part of corporate strategy”. The following presentation was made by Mr. Andreas Maashoff, Director Industrial Design, Johnson Controls where he briefed the audience about the functioning of Johnson Controls and the innovative measures it takes to design its products. He also focused on the need to predict future trends and how it keeps the industry ahead.

The second session was chaired by Mr Sathiaseelan. G, Head, Styling, Ashok Leyland. Mr. Toru Kimura, Chief Liaison Officer, Kawasaki, Japan was the first speaker of the session. He talked about the company and its racing DNA. He said that the focus of the company has remained to make more powerful engines without making the engines huge. The presentation was followed by that ofMr. Asok Abraham George, Design Director, Volvo Design and Innovation Center, Shanghai. Mr. George also focused on how important it was for the industry to stay ahead of its time while maintaining a harmony with the environment.

The third session was chaired by Mr. Lalit Narkhede, Design Group Manager, General Motors. Mr. Mark Jarvis J Jhunjarough , Design Manager, Visteon was the first speaker of the session. He explained the concept of Envision, Innovate and Develop which is adopted by his company. Citing several examples around automated driving, he said that innovation remains the key to success and it was necessary for all the people in the domain to remain curious.The final presentation of the day was by Mr. K V Veerapandian, Head of Manufacturing Technical Support India & SAARC, Autodesk. He explained how Autodesk has helped manufacturers design automobiles more innovatively and efficiently.

A nationwide automotive design competition involving the premier design institutes of India. The objective of the Automotive Design Challenge (ADC) was to provide the young students and designers a platform to showcase their talent and hence offer Indian Automotive Manufactures a talent pool of designers. It is a step towards encouraging young students to take-up automotive design as a career option. The attempt is to raise the profile of Automotive Design as a desirable and accessible career choice in India.

In the final session of the day, the winners of the Automotive Design Challenge were announced. Rajshekhar Dass of Mumbai bagged the top honours and was followed by Mathew Vinod and Mark Timothy respectively. All three are students of ISD Rubika. The 10 contestants had earlier presented their concepts to the audience and the jury.