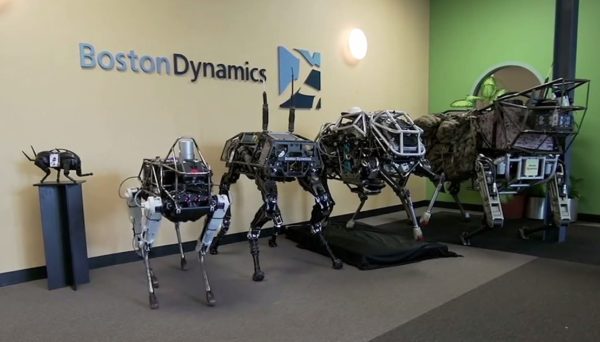 All those of you who thought Asimo was the most advanced robot humankind as ever built need to look at this monster of a machine. All those sci-fi movies picturing intelligent machines coming together to wipe humanity off earth’s face, Stephen Hawking’s prediction that artificial intelligence will eventually challenge the human brain and our deepest fear of machines massacring us come to life as you look at this machine, uncannily natural in behaviour.

Google owned Boston Dynamics has built this robot dog, which’s just too agile and intelligent for comfort. Named the Spot by its maker, this robo-dog can find its way through an office, get kicked on its way out and remain unperturbed. Once out, the dog gets another, more vicious kick, and balances itself in the most spectacular fashion any machine has balanced itself to date. It almost has the agility of a calf, or a goat to move its feet quickly enough to avoid a tumble. 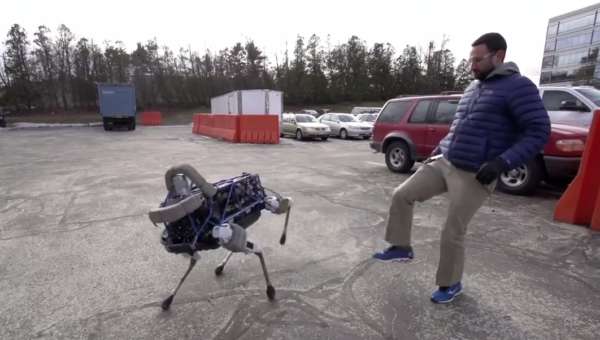 The quadruped then climbs a flight of stairs in the most composed manner possible. As you gasp in awe, the near-organic creature finds its way through the trees and is later seen trotting alongside a human and one of its clones, bringing to our mind visuals from Will Smith’s I, Robot. Spot, the newer, more compact and more agile version of the original Big Dog robot decimates its previous version in terms of performance and intelligence.

The Spot is electrically powered, and its limbs are actuated hydraulically. The 72.5 kg (160 pound) dog is probably the most extreme robot-machine you would ever have seen till date. If intelligent machines were to ever invade us humans, the Spot would be their deity. Watch the video below to get freaked out!