Commenting on the Rally, David Casteu, Team Manager, Sherco TVS Factory Rally team said that Baja Aragon was an intense experience for the team with multiple ups and downs, however, both the Metge brothers showcased tremendous character. Michael was excellent throughout the Rally, displaying immense professionalism and his performance has boosted the team’s spirit. Adrien also picked pace swiftly under pressure and harsh terrains to cement his podium finish. Overall, this has been a good start to the season and we hope to continue the same momentum going forward. 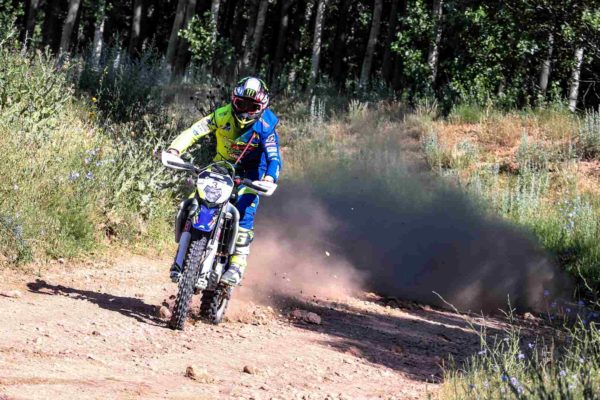 Commenting on his performance, Michael Metge, Racer, Sherco TVS Factory Rally Team said this was his first stint with Sherco TVS Factory Rally team and he is grateful to them for the support. The RTR 450 is an amazing race machine which truly complements his riding style and he looks forward to pushing the limits on it in the upcoming Rallies, Michael Metge further added.

Adrien Metge, Racer, Sherco TVS Factory Rally Team said, “The Baja Aragon was my first Rally post my recovery. Therefore, the pressure and expectations were tremendous. With the support of the technical crew and my team, I gained confidence through the Rally and managed a podium finish. This has fueled my confidence and I am now focused on improving my performance over the next Rallies.”