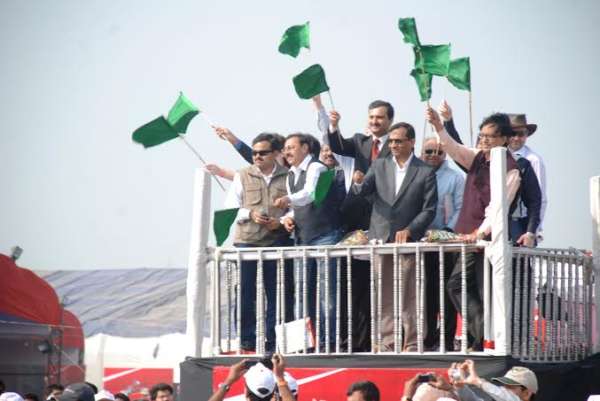 The 7th edition of the Baja SAE India 2014 finally came to an end yesterday at Pithampur Indore. About 106 teams had competed for the title in the endurance round. The event took place at the NATRIP facility in Indore.

About 327 teams had registered in the 7th year of BAJA SAEIndia series, out of which 125 teams have qualified for the finale. This year was remarkable with 6500 students from different parts of the country working towards BAJA SAEIndia 2014’s theme ‘Raise the Bar’ and achieving it with great success. 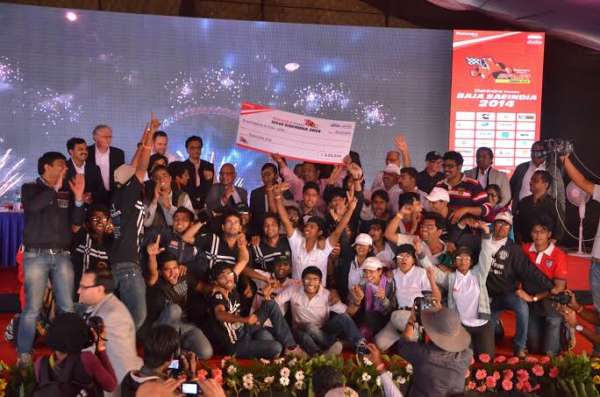 Speaking on the occasion, Dr. Pawan Goenka, Executive Director & President, Automotive & Farm Equipment Sectors, Mahindra & Mahindra Ltd. said, “It’s heartening to see thousands of students coming together once again to celebrate the spirit of BAJA. Increase in participation from colleges and BAJA SAEIndia’s growth since inception indicates its growing popularity and national significance. This forum gives young engineering talent an opportunity to showcase their skills and acquire a real life experience posed with challenges which is critical to their success in the long term. Mahindra & Mahindra is delighted to be associated with BAJA SAEINDIA 2014 as the title sponsor and with BAJA, we are taking forward the philosophy of Mahindra Rise to the next level”.

Mr. Shrikant Marathe, Director, ARAI said, “To meet Technology Road Map of India’s vision, we need lots of good engineers. This Human Resource can double up by encouraging women to enter into engineering. Baja is one such initiative, where we orient them towards STEM (Science, Technology, Engineering & Mathematics)“.

Mr. Sanjay Nibandhe, Convener for BAJA 2014 and DGM Proto Development, R & D, Nashik at Mahindra & Mahindra Ltd said, “BAJA SAEINDIA is a platform that offers students a chance to showcase their talent and skills in presence of auto experts in addition to presenting them with an opportunity to gain hands-on experience in the industry of which they aspire to be a part. Amongst the thrill and adventure, we assess the abilities of participants by testing them on parameters such as leadership skills and theoretic and practical knowledge.”

On a conclusive note he added, “Indore is a hub of industry and young talent. Its proximity to infrastructure such as the NATRIP facility makes it the ideal venue for hosting an event of this nature. The enthusiasm of the city is palpable simply from its response– Indore has shown the highest participation closely following cities such as Pune and Chennai. I am confident that like every year, this year too will showcase the most promising talent in the country.”