Mahindra has been rigorously testing the new Scorpio as new images of test mules have started to surface from the roads of Maharashtra. But this time, more details have emerged as automotive expert and communication professional, Harmaan Madon, posted the engine specs for the new Mahindra Scorpio on his Twitter handle @harmaan_madon. 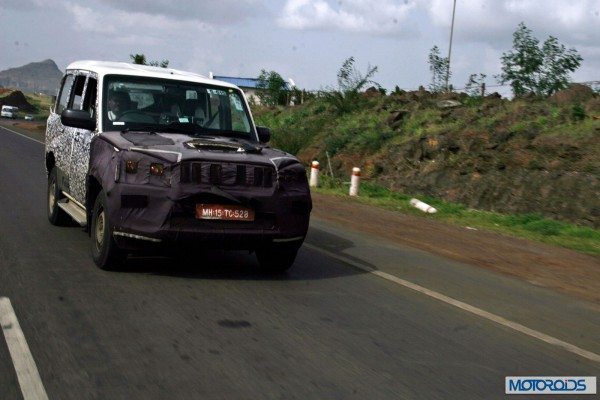 Madon, through his posts on microblogging website, Twitter, has said that the new Scorpio will receive a mHawk engine that would produce about 138 bhp. The upcoming SUV will also expected to be sold with an automatic gearbox. Another SUV from Mahindra’s stable to receive the automatic gearbox will be the XUV500.

A huge number of spy pics revealed over the internet point out that the Mahindra Scorpio facelift will receive a set of new headlights with LED fixtures, a redesigned bumper, a refreshed grille and new fog lamps. The model will also sport a new hood and redesigned front fenders along with LED tail lights at the rear. 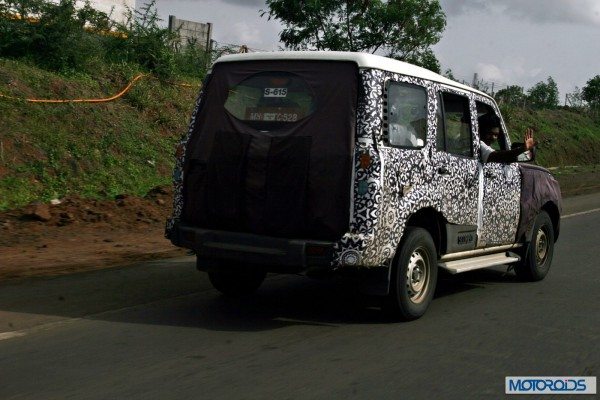 The upcoming Scorpio will also receive an overhaul internally as it is expected to don an all new and refreshed interior styling. It will get a new dashboard. The steering wheel will be borrowed from company’s high selling XUV500. The instrument cluster has been refreshed and will sport a touch-screen interface on the top variants.

Mahindra is likely to introduce the new Scorpio during this festive season so expect to see it in showrooms a tad before Diwali.

What do you think of the features installed on the new Scorpio? Share your thoughts through comments below.