Spy pics of Honda’s new 110cc motorcycle have already hit the web. But since we are not the fortunate ones to grab the scoop, we thought of giving our readers some details on the oily bits.

If our sources are to be believed, new bike will be called ‘CB100 Twister‘. The Twister is essentially the tag that Honda has been using for its street bikes in upcoming markets like Brazil. But though the Twister brand houses some juicy engines like a 250cc or a 300cc in Brazil, our market will unfortunately get a puny 100cc mill. But don’t be disappointed. According to Honda, the new bike will be aimed at an audience fascinated by sportier styling and not hardcore fuel efficiency. The bike will hence be tuned towards a fun experience much like the Stunner than being a boring ‘fill-it, shut-it, forget-it’ contraption like its cousins in the Hero Honda stable. Expect the bike to provide class leading power and torque figures. The bike will employ a 22mm carburetor, with fuel injection nowhere close on the horizon. The new exhaust system will be a one of a kind design in the 100cc segment, while a stubby exhaust muffler will take care of the stringent emission norms – erasing the need of a fuel injection system (for now). The bike will use a completely new engine which won’t be similar to any of the Hero Honda commuters. 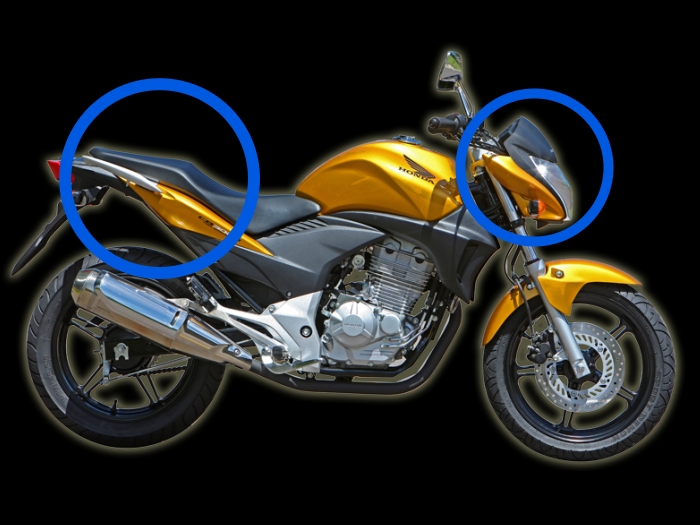 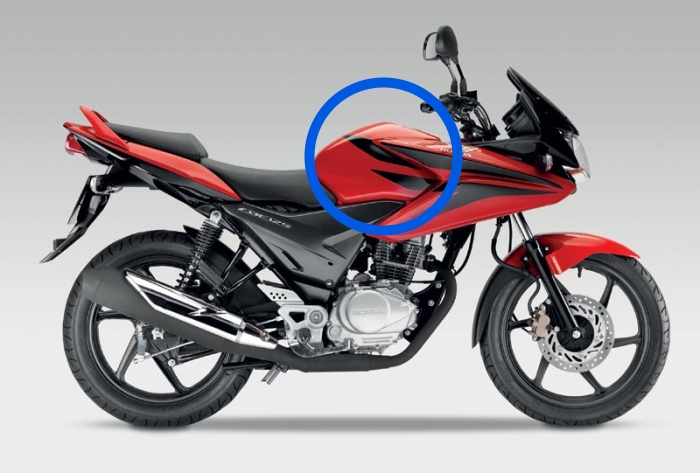 Design-wise, the new Honda will be a trend setter. It will borrow design cues for the radical CB1000R and the CB300 Twister that we talked about earlier. The CB1000R will lend its tank shroud design to the 100cc twister – giving it an upmarket look as compared to the other 100cc tank-shroud-donning bikes in our country. The headlight design will be an amalgamation of the headlight designs of the CB1000R, the CB300 and the Hornet 600. The bikes tank will be borrowed from HMSI’s in-house Stunner 125. The entire tail section will be based on the CB300’s tail design, albeit with a more conservative taillight design. We are not expecting any LED lighting since Honda is aiming at keeping the costs low. The bike will feature a disc brake, but the rotor will be a completely new design, unlike the ones on the Passions and Stunners. The rear wheel will only get a drum option, again for price cutting. The rear damping will come in the form of two individual shock absorbers and will employ the red springs that are now prevalent across most HH commuters. Even with all the cost cutting measures, we are expecting the CB100 to kiss the 45,000 rupee mark.