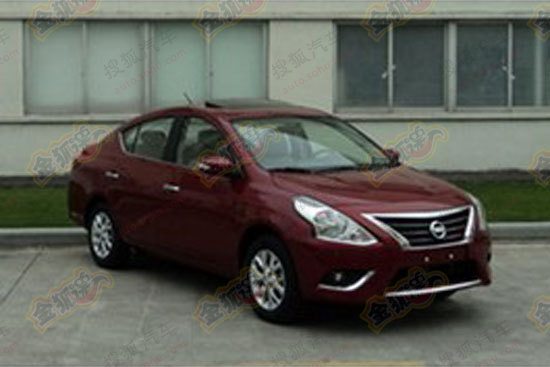 It is being claimed that the car you seen in the pics on these pages is the facelift-ed Nissan Sunny/Nissan Versa/Nissan Almera.

With this, the Nissan Sunny, which was first launched in 2010, gets its mid-life facelift and the refreshed car is likely to first go on sale in Chinese car market. The Chinese media claims that the Sunny facelift would make its public debut at the Chengdu Auto Show in September and sales would commence only towards the end of this year. This means that India and other countries might not get the car before early 2014.

On the outside, the Sunny gets minor changes such as revised headlamps (which seem to be inspired by those on the updated Micra), revised front grille, a bigger chrome strip for the boot lid, a revised rear bumper and a new front bumper which gets new design fog lamps housing. The sides remain exactly the same, save for the new design for alloy wheels.

The interiors are expected to get an upholstery change and could resemble those on the updated Nissan Micra hatchback.

Mechanically though, the car is likely to remain unchanged.

Flip to next page for more pics