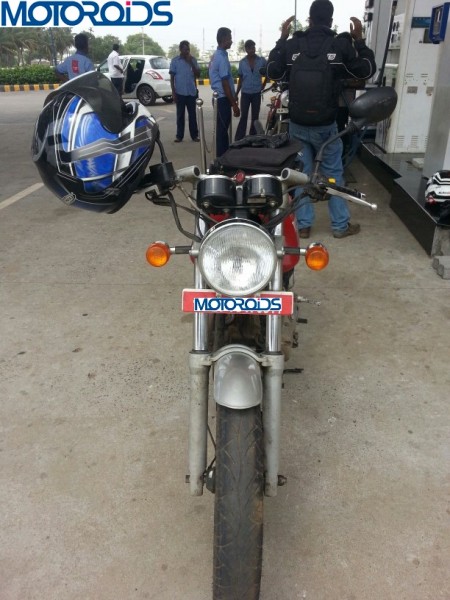 Only few hours back, we reported that the much hyped 2014 Royal Enfield Continental GT535 Café Racer is slated to go on sale in UK in September this year. Now, the good folks at Overdrive have reported that the Cafe Racer would enter Indian two wheelers market in October, just a month after it is launched in UK.

The upcoming Continental GT 535 would be powered by a single cylinder 535cc UCE engine that will have a larger (than UCE 500’s) throttle body and a larger piston. The 535cc single pot will also benefit from a remapped ECU and a lighter flywheel. All this would endow the bike with enough power to have a genuine 150 kmph plus top speed. The bike will ride on Pirelli tyres. Suspension duties will be taken care of by a set of telescopic forks at front and a pair of Paioli gas-charged shock absorbers at the rear. As can be seen in the pics, the bike will have disc brakes on both the wheels.

The upcoming 2014 Royal Enfield Continental GT 535 Cafe Racer is expected to be priced a little north of INR 2 lakhs.

Stay tuned to Motoroids for more updates on the GT 535.