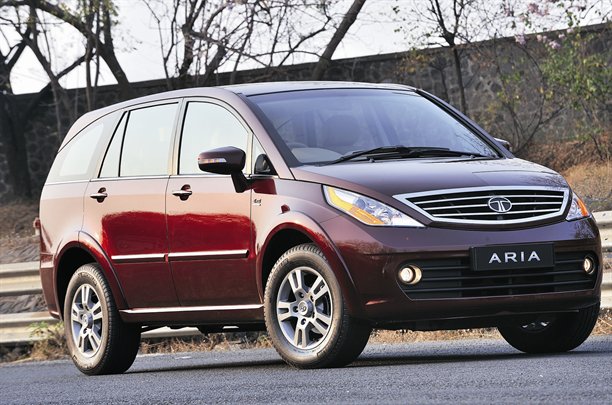 Rs. 2 lakh off on Tata Aria

There is no denying that Aria is one of the most sorted out vehicles to be launched by Indian auto major Tata Motors but then again, there is no hiding from the truth that the car failed to attain much popularity. Just when the car had started doing average numbers, Mahindra XUV500 arrived and played the perfect party crasher. To make the deal sweeter, Tata decided to introduce a low cost version by dumping the 4 wheel drive system and that did help with improving the sales but nothing spectacularly. Now, to attract potential customers, dealers are offering a massive discount of Rs. 2 lakhs.The discount package includes a cash discount of as much as Rs.1.6 lakhs and remaining sum is being offered as exchange bonus. However, the bad news is that this offer is valid only for this month and this most probably is being done to deal with low sales that happen in December as buyers usually want a new model year vehicle.

We are of the belief that Tata Motors should consider making this discount a permanent deal and hence, officially reduce prices of all versions of this crossover. If Tata does this, we can’t think of any reason that might keep people from buying this upmarket Tata.