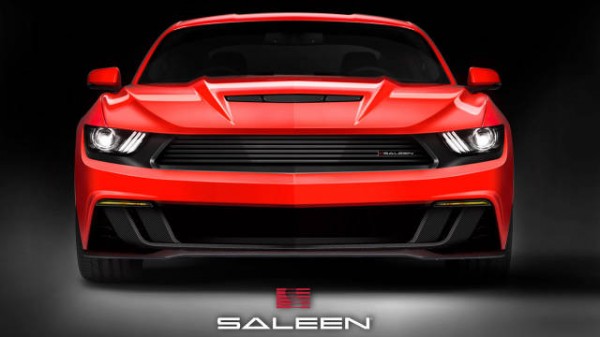 Saleen teased its take on the 2015 Ford Mustang today. The American tuner, headed by Steve Saleen is synonymous with Ford Mustangs since 2007, when they had come up with their S302-PJ edition, a go-faster 5th generation Mustang. Since then the S302 series treatment has been dished out to all Mustangs thereafter.

Styled by Saleen Design Director Sean Smith, this new 302 will get the full Saleen treatment, from the ’69 Boss 302 inspired bodywork to a lowered, track focused suspension and of course, a host of engine modifications. No details have been announced yet, except this teaser image but remembering the previous Saleen Mustangs, one can expect a choice of either a naturally aspirated or forced-induction V8s, with power figures ranging 450-hp to the bonkers 700-hp mark. More details should come out later this year, so stay tuned for more!

With this model being the first major Mustang redesign since 2005, we took this as an opportunity to push the limits in both design and performance. We feel this latest Saleen mustang model is perfectly positioned as the next American exotic, campaigning on the world stage. As a first look, the final features and specifications of the 2015 S302 Mustang will be released as our unveiling and production draws nearer.

Meanwhile check out the all new 2015 Mustang in all its glory in the gallery below.