TOP 1 Oil and Hunter Sills Racing have added another world record on their BMW S1000 RR at the Cook Top of the World Shootout and set a new peak speed of 242mph / 389kph for the World’s Fastest BMW Motorcycle. 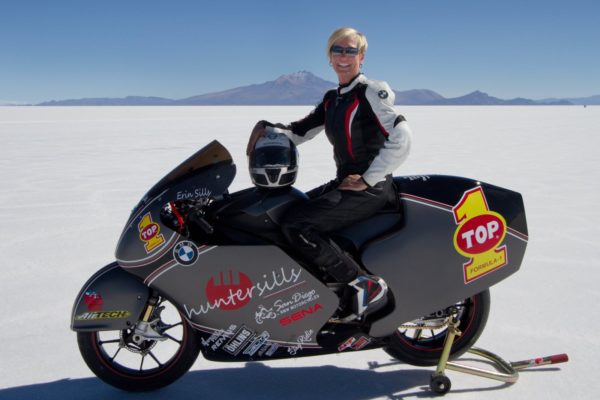 The team overcame multiple challenges along the way. Shipping containers carrying critical equipment from the U.S. to Uyuni, Bolivia were significantly delayed, causing the race event to be truncated from the original six days to only two and a half.

The first day of testing for HSR was promising, only to be followed by a major electronic failure impacting the nitrous system and a blown motor on day two of the event. In freezing cold temperatures and harsh winds, motor builder Shane Kinderis of Alpine Performance Centre and race mechanic Curtice Thom of the HSR crew swapped the blown motor for a spare, and the team was up-and-running the morning of the final day. 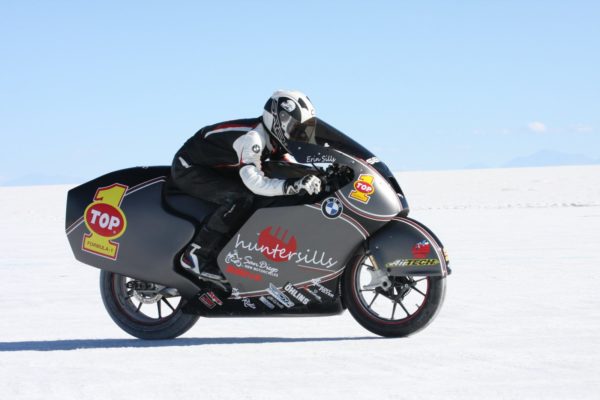 Sills qualified on her first pass of the day, setting a new high for top speed aboard the World’s Fastest BMW Motorcycle of 242mph (up from Andy’s prior 236mph), but electrical issues caused her back-up attempt to fail to secure the record.

Finally, in the last hour of the meet she was able to qualify at 229mph and back it up again at 229mph, setting a new World Record for the team. This is the 37th World or National record set by the HSR crew who’ve been landspeed racing since 2005. The team will next race the Bonneville Salt Flats this Fall.