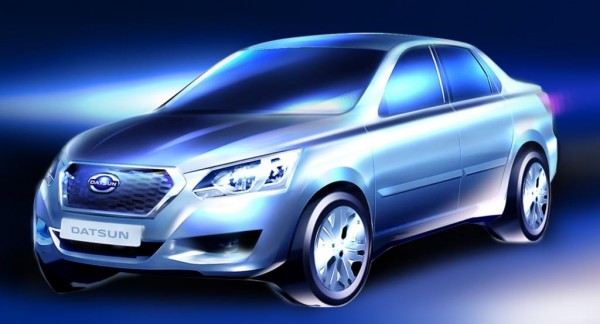 While India is close to getting the much anticipated Datsun Go hatchback, Russia will get a sedan from the ‘resurrected car maker’ in near future. CLICK HERE TO READ IN DETAIL ABOUT DATSUN GO. The Russia-bound Datsun sedan will be unveiled on April 4th, 2014, in Moscow. Ahead of the unveiling event, Datsun has released a sketch and an animated video of the upcoming model.

With the advent of the Datsun sedan, it will be the first time in carmaker’s history that the brand would be introduced to Russia officially. 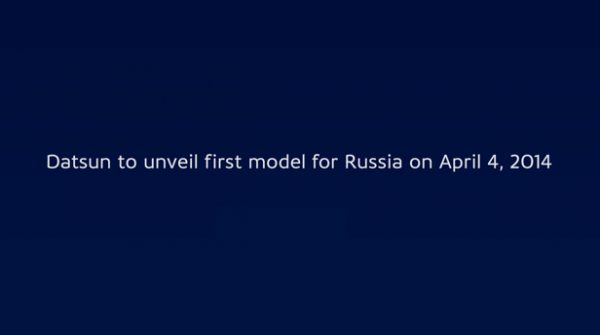 Datsun’s dedicated webpage for Russia (www.datsun.ru) goes live today, with a countdown to the official launch date. The site allows visitors to register for the latest brand news, helping to build anticipation and customer interest in this new player in the market. Visitors will also be able to watch a live-stream of the unveiling on April 4th.

The Datsun car to be unveiled on April 4th was developed specially for the Russian market. The car was styled in Japan, while development was carried out locally by an international team of engineers.

Stay tuned to Motoroids for more dope on the upcoming Russia-bound Datsun sedan.