The pictures seen here on this page reveal the model will have an upscale exterior with a prominent grille that is flanked by sweptback headlights. Also visible is a stylish front bumper and a sculpted hood. The car sports a swooping roofline and wraparound taillights. Similar to the Genesis, the 2015 Hyundai Sonata seems to have got quite design cues from the ‘Fluidic Sculpture 2.0′ design language. 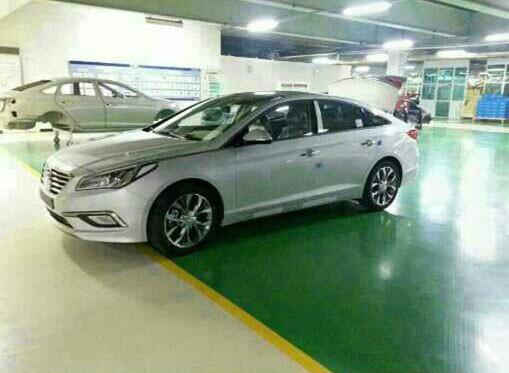 While nothing is currently known about the 2015 model’s interiors, here is what Hyundai has to say about it- “Its interior design aligns with the premium exterior, adopting consistent design details that fully reflect careful consideration of ergonomics and intuitive operation. The horizontally designed cabin gives off a stable feeling, and tailored design specifications for all materials and master craftsmanship-level finish strengthen the Sonata’s premium image.”

The new 2015 Sonata would be considerably safer due to the increased use of Advanced-High Strength Steel (AHSS) on the platform (from 21 percent previously to 51 percent for the 2015 model). The car maker has also increased the use of structure adhesive by more than 10 times. These measures have resulted into a 40 percent increase in 2015 Sonata’s torsional and bending stiffness. 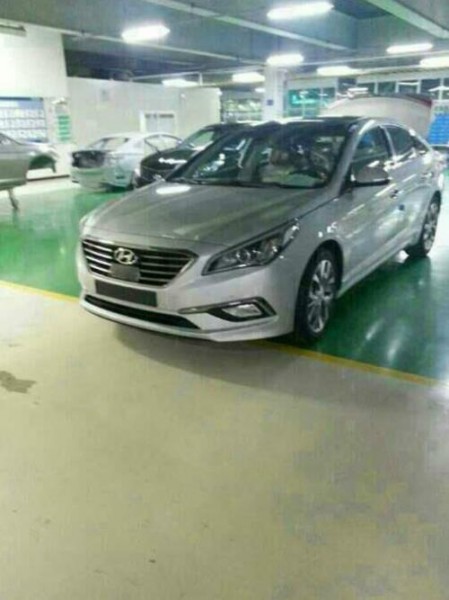 Although Hyundai hasn’t been vocal about the technical specifications of the car, previous reports have indicated the entry-level 2.4-liter four-cylinder motor could be replaced by a turbocharged 1.6-liter engine that produces 201 bhp (105 kW) and 264 Nm (195 lb-ft) of torque.

Stay tuned to Motoroids for more updates on the 2015 Hyundai Sonata from the New York International Auto Show.