Home Honda Rumour: Honda planning to relaunch the Accord in India by 2015. 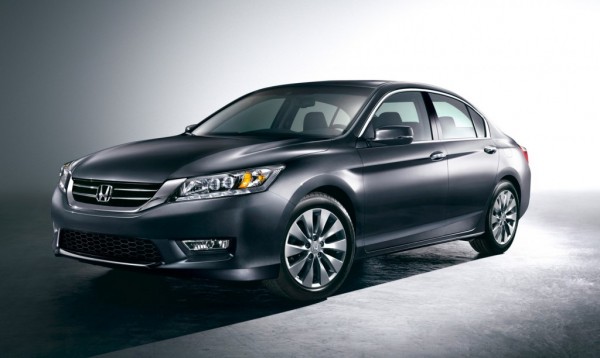 The introduction of affordable, stripped down, entry-level offerings from premium brands and changing customer preferences saw the untimely death of big, popular sedans like the VW Passat and Honda Accord. Honda India had to discontinue its Accord, as well as the smaller Civic in 2013 due to lackluster sales.

There’s hope however, as Autocar India has reported a possible comeback of the popular Honda in 2015. The last generation Accord has become too big for its own good. Though popular in India for its size, it didn’t exactly reflect on the sales charts. Besides there was no diesel offering- crucial in this segment.  Even in the West, it saw its coveted title as the king of midsize sedans being snatched away by competition. It’s replacement, the 9th generation 2014MY Accord has a lot of catching up to do. Straightaway, the bulbous styling has been done away with and replaced with crisp, neater bodywork. More importantly, the new Accord has shrunk, being a whole 3.5 Inches shorter than the outgoing model.

On the engines front, the Accord starts off with a 2.4-liter inline 4-cylinder that makes 185 horsepower and 181 lb-ft of torque. This engine is what we’ll be looking at when it hopefully makes its Indian comeback next year. Also available is the V6, carried over from the last generation, displacing 3.5-liters generating 278 hp and 252 lb-ft of torque. Both are available with six speed manual transmissions as well as CVTs.

More appropriately, Honda India should definitely consider a diesel option for this car. However there are reports of diesel variant that’ll be powered by a more powerful and bigger version of the same Earth Dreams 1.5 liter diesel engine currently sold in India, with the Amaze.

The new Accord will offer plentiful standard features, a roomy interior with improved materials, quieter ride quality and capable handling.